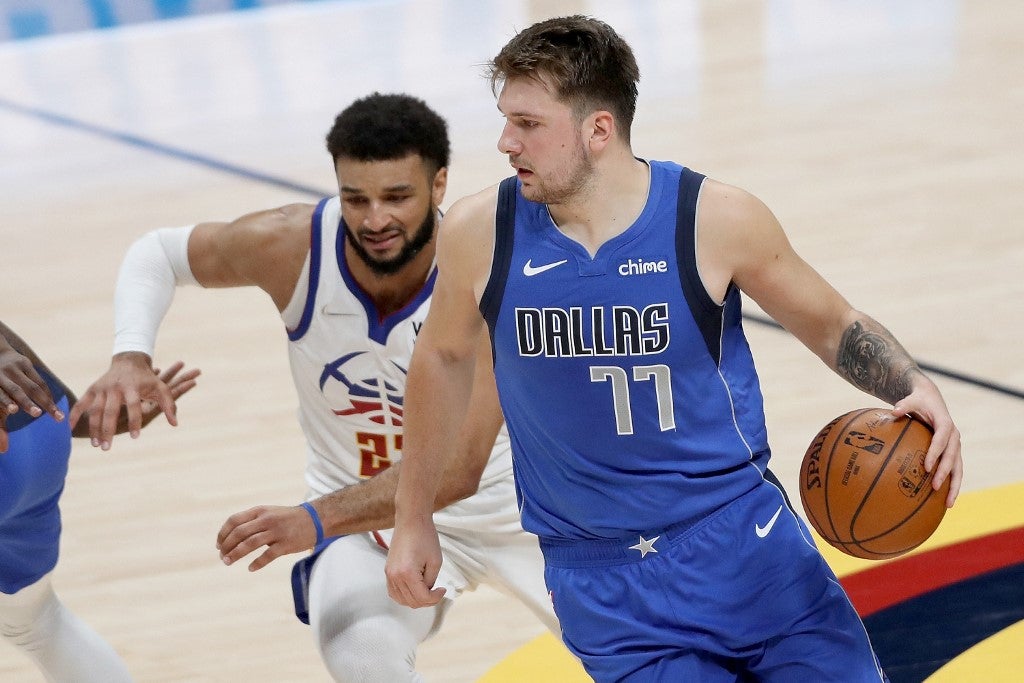 Josh Richardson finished with 20 points, Jalen Brunson scored 12 points and Dorian Finney-Smith had 11 for Dallas, which bounced back from a loss at Oklahoma City on Thursday night.

Neither Porzingis nor Doncic played in the loss at Oklahoma City.

Nikola Jokic was a rebound shy of a triple-double, finishing with 26 points and 11 assists for Denver. Will Barton and Michael Porter Jr. scored 23 each and Jamal Murray had 10 points for the Nuggets, who had their winning streak stopped at five games.

Porter Jr. overcame early foul trouble to score 17 of his points in the fourth quarter.

Denver scored the first four points of the third quarter to get within seven but the Mavericks started hitting 3-pointers to build a big lead. Richardson had three of them in less than two minutes, the last one giving Dallas a 74-59 lead.

Porter and Barton tried to keep the Nuggets close with a couple from long range but Porzingis hit two 3-pointers and Brunson had another to put the Mavericks ahead by 20. The teams traded 3-pointers to end the period, with Dallas leading 93-73 heading into the fourth.

Denver tried to make a run with Jokic on the bench, with Porter scoring their first 12 points. He opened with a dunk, made three free throws and hit two deep jumpers to get the Nuggets within 99-85.

Doncic hit two free throws to give the Mavericks an 18-point lead but Porter and Jokic each hit 3-pointers to cut the lead back to 12.

Denver scored the first 10 points of the game but the Mavericks closed the first quarter on a 10-2 run to get within 29-28. They controlled the second period, led by Doncic’s 10 points, and outscored the Nuggets 34-22 to take a 62-51 lead into intermission.