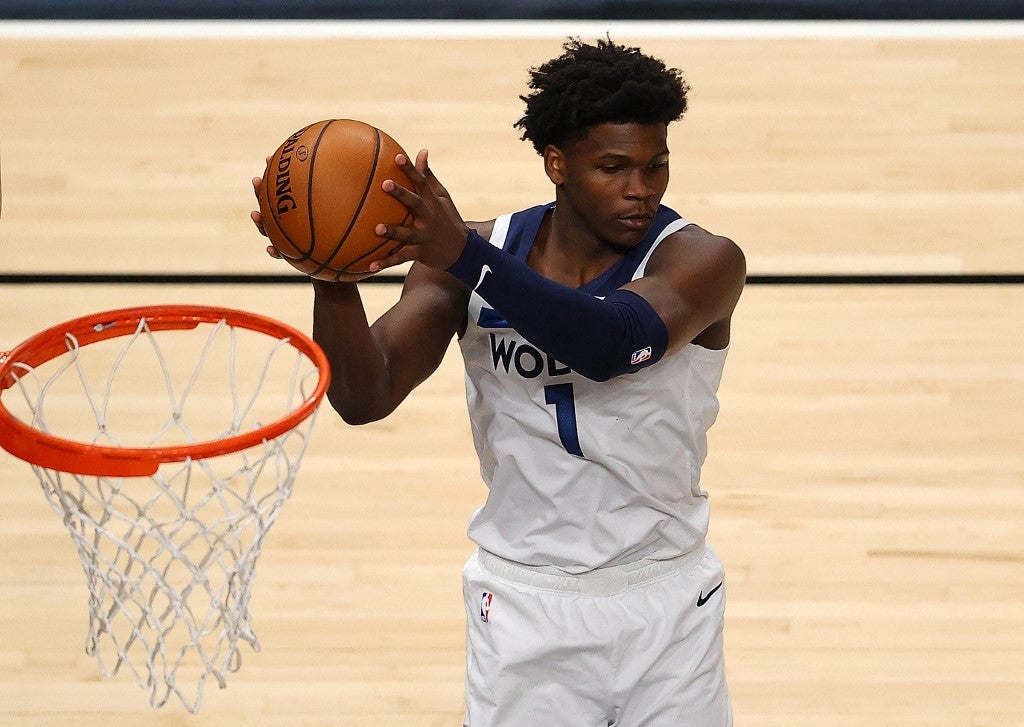 Rookie Anthony Edwards scored a career-high 34 points to lift the Minnesota Timberwolves to a 114-112 victory over the Portland Trail Blazers on Sunday in Minneapolis.

Edwards made six 3-pointers en route to eclipsing his previous season-high of 28 points, set in Minnesota’s 112-104 setback to the Los Angeles Lakers on Feb. 16.

Ricky Rubio celebrated his 600th career game by recording 15 points and seven assists for the Timberwolves, who snapped a seven-game home losing skid.

Jaylen Nowell scored 14 points off the bench and Karl-Anthony Towns collected 13 points, eight rebounds and eight assists in the win.

Damian Lillard finished with 38 points for the Trail Blazers, who fell for the second time in six games and were thwarted in their bid for their first season sweep of the Timberwolves since the 2012-13 campaign.

Portland trimmed a once-14-point deficit to two and appeared to regain possession after Rubio was called for a charge with 29.7 seconds to play. The call was overturned to a blocking foul, however, and Rubio made both free throws to give Minnesota a 108-104 lead.

Trent misfired on a 3-point attempt and Rubio sank a pair of free throws to extend the advantage. Lillard halved the deficit by making three from the charity stripe, but Rubio made two more free throws to essentially seal the win.

Minnesota bolted out of the blocks to begin the third quarter, scoring 14 of the first 20 points to take a 61-55 lead. Edwards sank a pair of 3-pointers to highlight that surge, however, he was slow to get up after colliding with Enes Kanter on a driving layup with 2:46 left in the third quarter.

The Timberwolves picked up the slack as Nowell scored the first five points of the fourth quarter before Naz Reid’s tip-in extended the team’s lead to 83-72. Anthony and Lillard converted from long range to keep Portland within earshot, but Edwards re-entered the game and promptly drained a pair of 3-pointers to push Minnesota’s advantage to 97-84 with 6:32 to play.