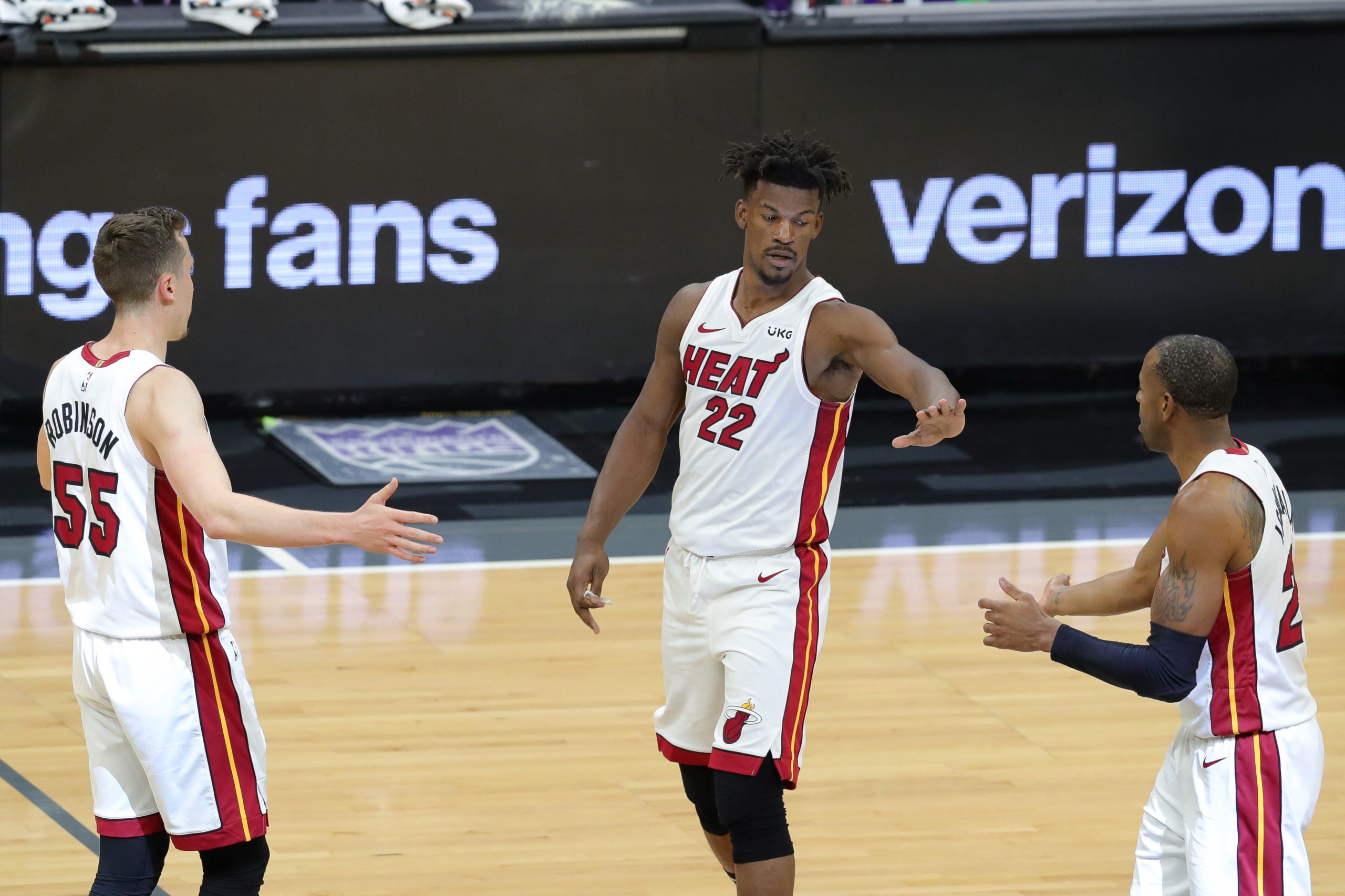 Jimmy Butler had 29 points, nine assists, seven rebounds and five steals, leading the Miami Heat to a 102-97 win over the host Orlando Magic on Sunday night.

The game came down to this: Orlando trailed 100-97 with 22 seconds left. After a timeout, Orlando missed twice before Butler came up with a steal and a layup to put the game away as Miami continued its run as one of the hottest teams in the NBA, going 10-1 since Feb. 18.

A video of Jimmy Butler leading us to another dub: pic.twitter.com/Lt6LRTTdqx

Orlando, which has lost eight straight games, was led by Nikola Vucevic, who had 38 points, 10 rebounds and six assists. He made 15-of-27 shots from the floor, including 6-of-13 on 3-pointers.

The Magic’s Terrence Ross, who had missed the two previous games due to a bruised knee, had a season-high 31 points. He made 10-of-19 shots from the floor, including 8-of-13 on 3-pointers.

It was the first time in three years that the Magic has had two 30-point scorers in the same game. Still, Orlando’s losing streak is the franchise’s longest since the 2017-2018 season. It’s also the longest active skid in the Eastern Conference.

Miami also got 22 points from Tyler Herro and 18 from Kelly Olynyk as the Heat won its fourth straight game without 2020 All-Star center Bam Adebayo (knee injury).

Early on, Miami led by as many as 12 points. But Orlando closed the first quarter on a 9-0 run, leaving the Heat with a 22-19 lead. Both teams made less than 38 percent of their field goals in the quarter, although at least Olynyk was hot with 10 points on 4-for-4 shooting, including 2-for-2 on 3-pointers.

In the second quarter, Orlando cut its deficit to one point on three occasions but never grabbed the lead as Miami took a 48-45 advantage into halftime.

Vucevic led all first-half scorers with 17 points. And while both teams shot less than 41 percent from the field in the first 24 minutes, Miami had a 24-12 edge in paint points.

Orlando took its first lead of the game on Michael Carter-Williams’ layup with 10:28 left in the third. Vucevic had 17 points in the third quarter, and Orlando held a 77-73 lead going into the fourth.

For the game, Miami outscored Orlando 44-24 in the paint, and that was the difference on a night in which neither team shot better than 44 percent from the floor.