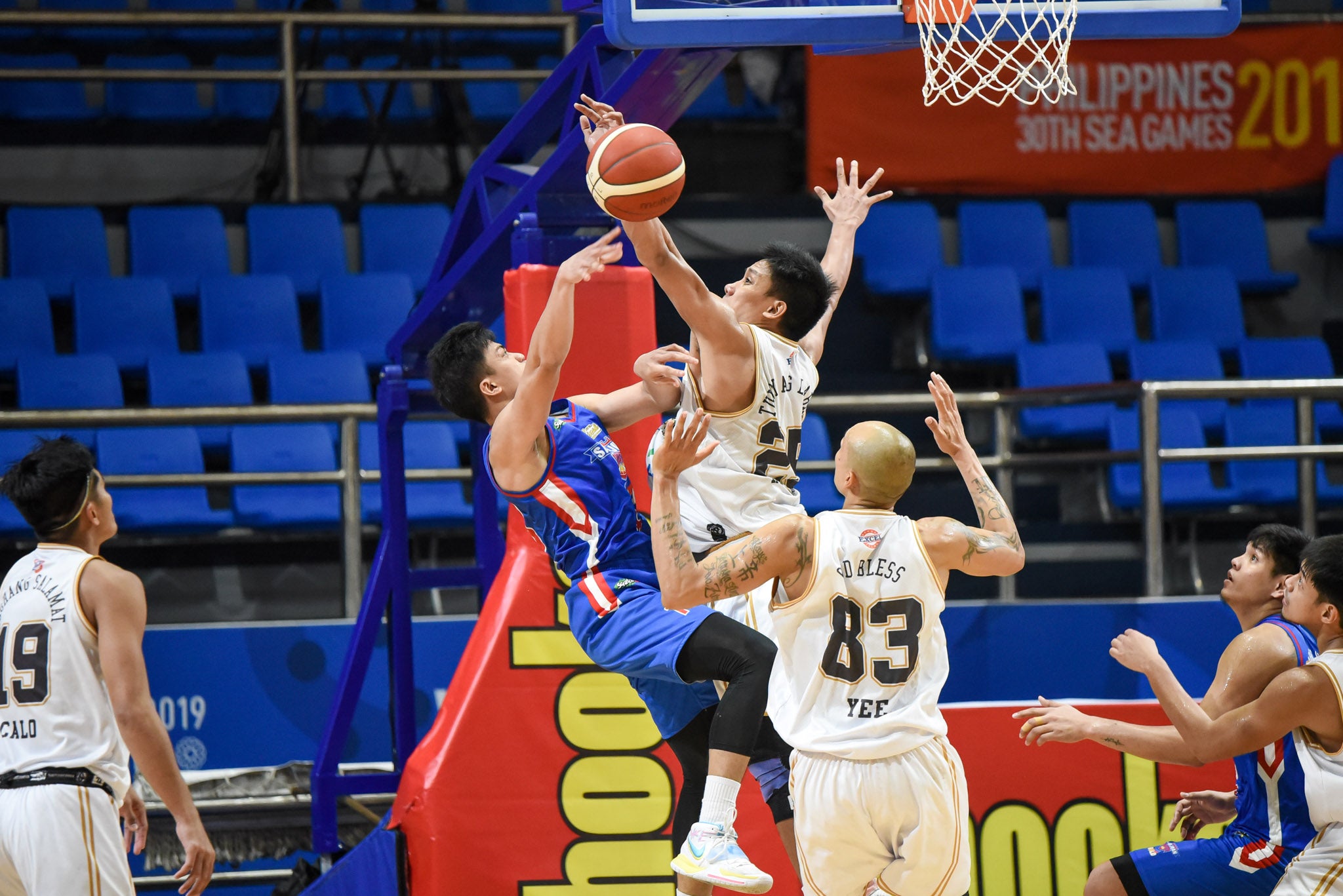 SUBIC — With just a day to prepare, Davao Occidental banked on their painful memory of last season’s finals to draw first blood in the Chooks-to-Go MPBL Lakan best-of-five National Finals.

The Tigers needed three game-changing free throws from Mark Yee and a huge defensive stop by Billy Robles to escape San Juan in overtime, 77-75, to take Game One, Wednesday at the Subic Bay Gymnasium here.

In the ensuing play, Davao committed a costly shot clock violation after Yee’s shot hit nothing, giving the Knights the possession with 24.2 seconds.

However, John Wilson turned the ball over in the next play as Yee recovered the loose ball and got fouled. The 39-year-old calmly sank his freebies to regain the lead, 76-75, with 19.3 ticks remaining.

Then the biggest defensive play of the game happened as Ayonayon skied for a layup but was erased by Billy Robles.

Yee split his two shots at the charity stripe with 2.7 ticks left. But with no timeouts left, Orlan Wamar’s outlet pass off the inbound was caught by Tiger Emman Calo to secure the victory.

“This just shows the character of our team. We don’t give up. Siyempre playing with San Juan, it’s different, we kind of like (thinking about) payback,” said Davao head coach Don Dulay.

Calo led the way for Davao with 15 points, including nine in the fourth quarter where they came back from an 11-point deficit.

Yee, who was given the Manok ng Bayan post-game award, also had 11 markers of his own to go with eight rebounds, four steals, and three dimes.

Game Two will be played tomorrow, March 18, at 4 p.m. in the same Subic arena.