Like the Magician on the pool table, Bata squirms way out of trouble | Inquirer Sports
Close
menu
search

Like the Magician on the pool table, Bata squirms way out of trouble 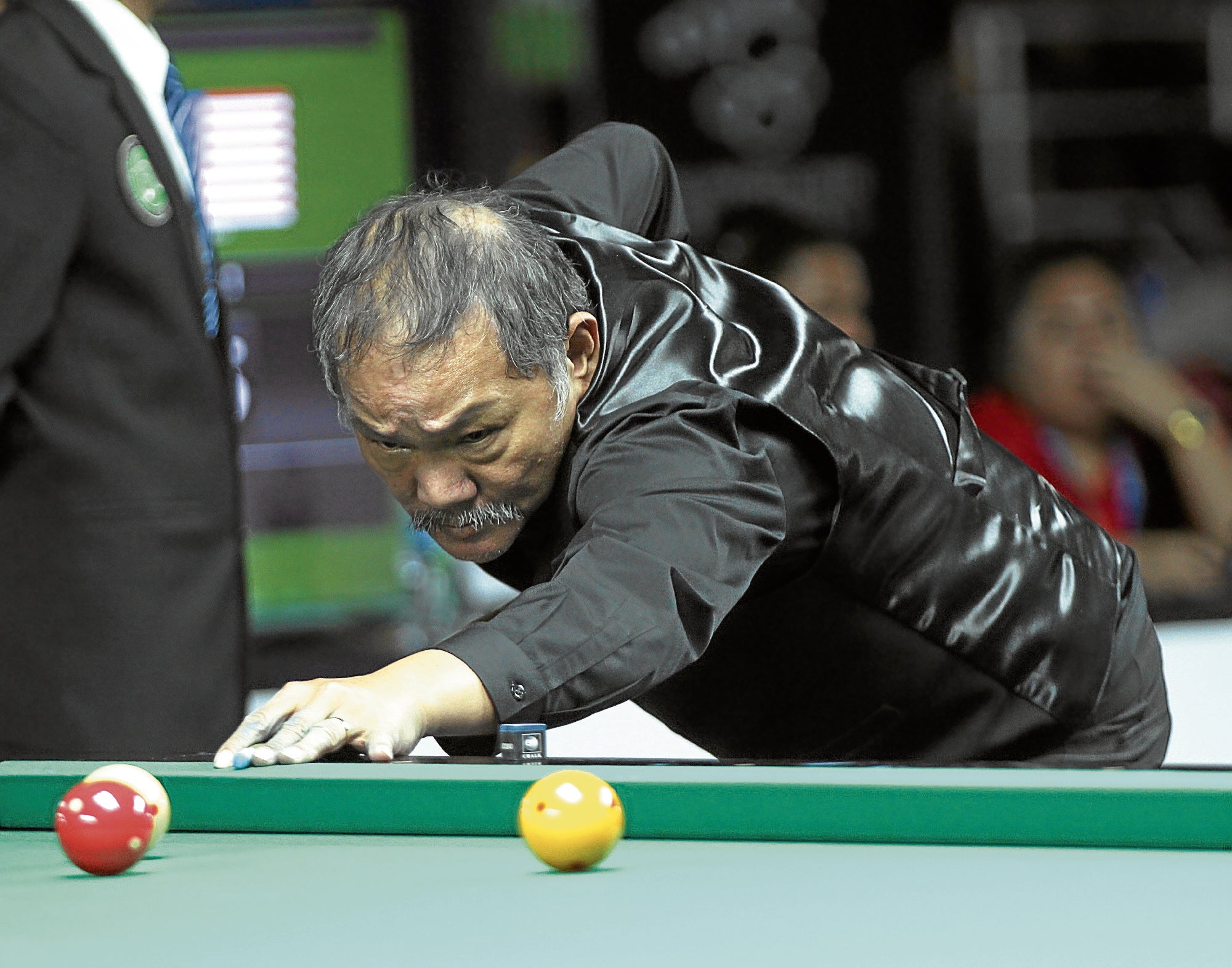 Philippine pool legend Efren “Bata” Reyes during a carom match in the 30th Southeast Asian Games in 2019. Reyes was a crowd-drawer in the biennial meet hosted by the country and continues to attract fans during appearances, something that turned out wrong during an exhibition event recently. —CONTRIBUTED PHOTO

Squirming out of tight spots has been the trademark of Efren “Bata” Reyes’ legendary pool career. He also has the same talent in life.

The billiards master known around the world as “The Magician” offered his apology for the ruckus his presence created in a pool match in Laguna held over the weekend despite strict health protocols involving senior citizens.

Games and Amusements Board (GAB) chair Baham Mitra didn’t say if the 66-year-old legend violated any rules, but on Wednesday stated the government agency, which regulates pro sports in the country, will not be sanctioning Reyes.

“He has written an apology and explanation letter. I think he has learned his lessons and we appreciate his reaching out to us,” Mitra told the Inquirer.

Reyes was invited by police after a game he was featured gathered a big crowd that violated several safety health protocols.

“Before agreeing to the person who invited me, I informed them to ask permission [from] the local government or barangay captain so that there will be no problem upon my arrival,” said Reyes in his letter to GAB.

But news that Reyes was in town proved too hard for people to resist. The crowd became unruly, prompting barangay officials to call the police.

In the barangay hall, Reyes, winner of 70 major international tournaments including two World championships, was among those apprehended.

Like the police, Mitra said he “would like to give courtesy to our world champion” who has brought honor and pride to the country.

Reyes put the Philippines on the sporting map when he captured the 1999 World 9-ball Championships. He also won the 2004 World 8-ball crown.

Known for his mesmerizing trick shots and charming, toothless smile, Reyes paved the way for several other pool legends like Django Bustamante and Dennis Orcollo, who went on to become World champions themselves.

He represented the country in international multievent competitions, playing mostly in caroms and winning a bronze in the Asian Games and four bronzes in the Southeast Asian Games.

Read Next
Coronavirus spike derails nat’l cycling championships
EDITORS' PICK
COVID-19 cases in City of Manila are decreasing, says OCTA
Acer starts the year off strong with the Aspire Vero National Geographic Edition
The best of bayside and city living at SMDC’s Sail Residences
Gov’t rolls out COVID-19 vaccination in select pharmacies on Jan. 20 to 21
Over 3 Million worth of prizes to be won at Smart Padala’s SENDali Manalo Promo!
DOH: Too early to say COVID-19 cases are declining
MOST READ
Comelec junks petition to scrap Bongbong Marcos COC
When to get boosters after positive COVID test
In Batanes, octogenarian dies of COVID-19
Drug lord Espinosa tried to escape through air vent at detention facility – NBI
Don't miss out on the latest news and information.