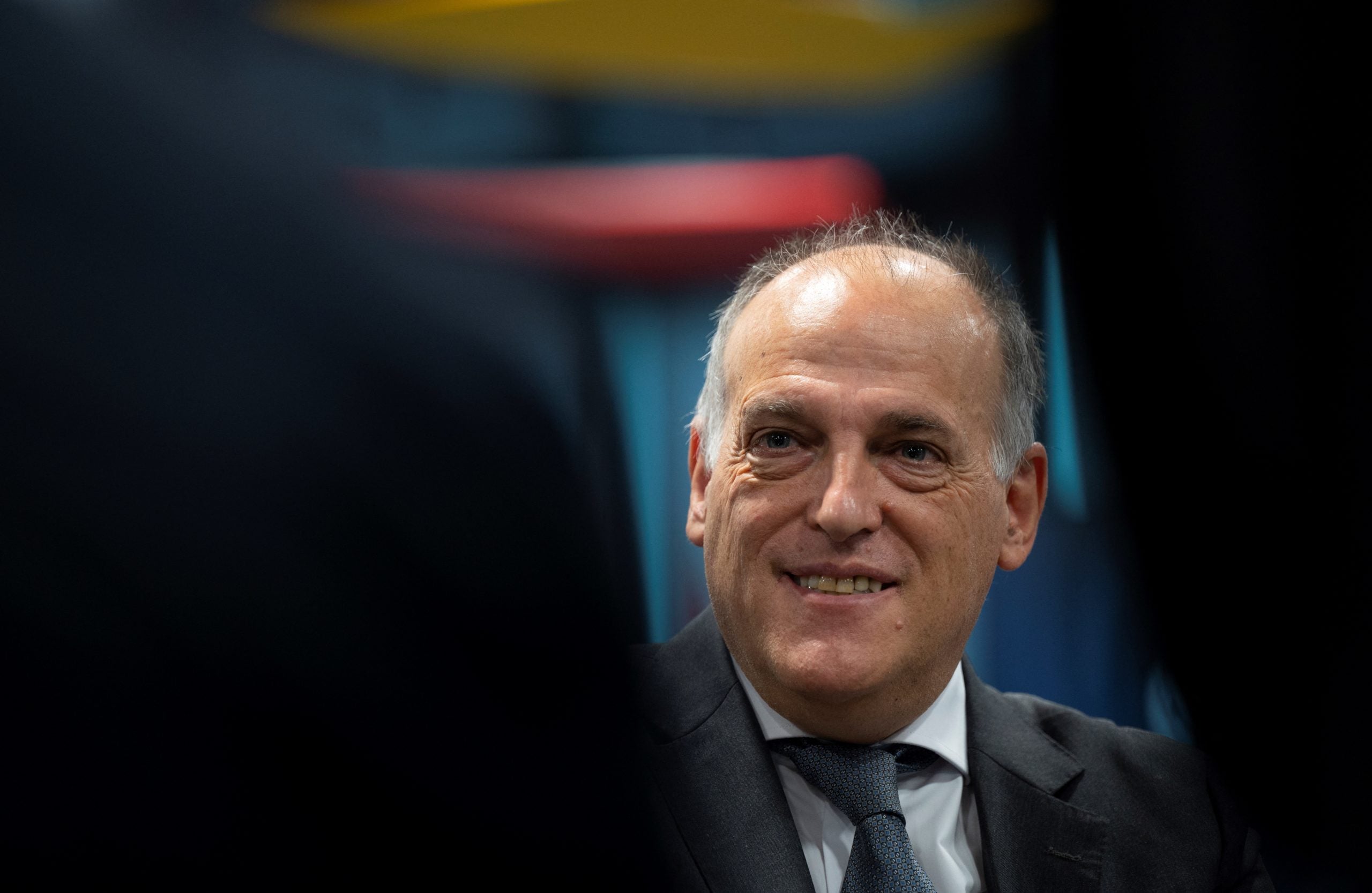 The president of Spanish Liga Javier Tebas is pictured during an AFP interview in Madrid on October 21, 2020. (Photo by PIERRE-PHILIPPE MARCOU / AFP)

La Liga president Javier Tebas said Wednesday he hoped some fans could return to league matches in late April, but reports that the Copa del Rey could open its gates earlier drew a stinging response from the government.

“It’s been a year, we’ve learned a lot, and we hope that by the third week of April we can start to have a percentage back in the stadiums,” Tebas told a press breakfast, adding “if circumstances allow.

Separate reports on Wednesday that fans would be admitted when the 2020 and 2021 Copa del Rey finals were played in Seville on April 3 and 17 were rejected by Health Minister Carolina Darias.

“Let me be clear and blunt. It is not appropriate. It is not timely and it is not convenient,” Darias told a press conference.

Spaniards traditionally take holidays in the week running up to Easter Sunday, which falls on April 4 this year.

“Everyone is cautiously watching Easter, a key moment to see how things are going,” said Tebas, adding that it would provide an indication of whether fans could return to La Liga matches.

“We all hope that after Easter we can set a quick date.”

Tebas was echoing a sentiment expressed by Irene Lozano, the Spanish Secretary of State for Sports, who said recently: “If we see that a fourth wave has not started, we can begin to raise very important questions for fans, supporters and the clubs themselves.”

Spectators have been barred from top-flight Spanish football matches since March 2020 because of the coronavirus pandemic.

The report said Seville’s 60,000-seat La Cartuja stadium would be at between 20 percent and 25 percent capacity when last season’s final is belatedly played on April 3, as well as for this year’s final between Barcelona and Athletic on April 17.

Health Minister Darias was opposed to such a plan.

“You must understand that, given the situation we find ourselves in epidemiologically, this is not possible,” she said.