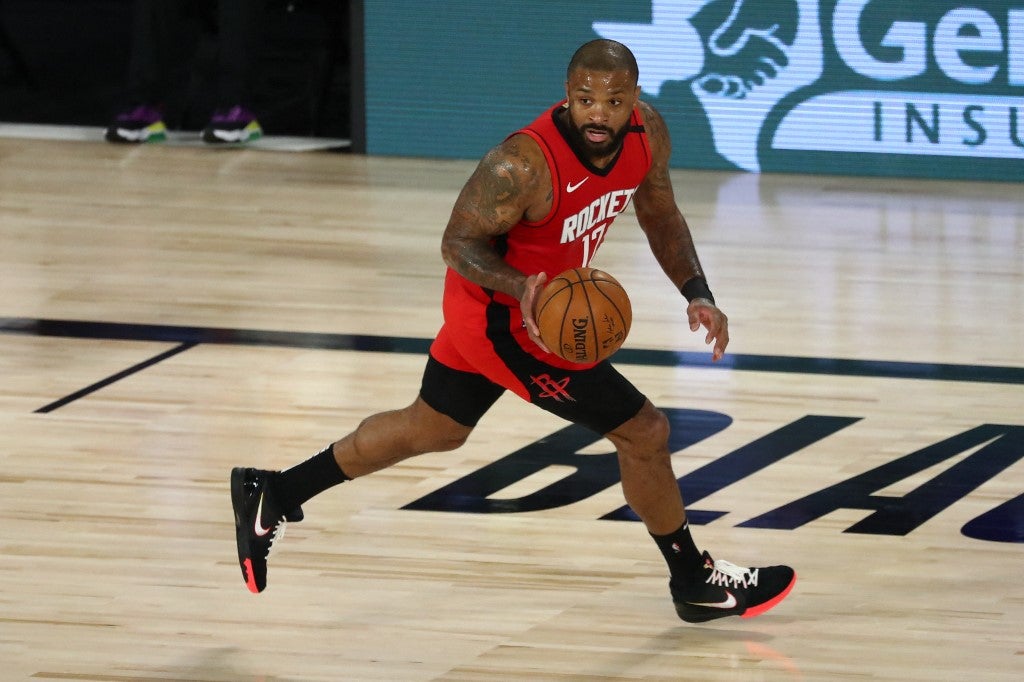 FILE — Former Houston Rocket P.J. Tucker handles the ball down the court during the first half of a NBA basketball game against the San Antonio Spurs on August 11, 2020 in Lake Buena Vista, Florida  Kim Klement-Pool/Getty Images/AFP

P.J. Tucker, who had asked for a trade from the Houston Rockets, was sent to the Milwaukee Bucks on Friday as part of a four-player NBA deal with draft picks.

The Rockets entered a rebuilding stage with earlier trades of James Harden and Russell Westbrook and Tucker, a 35-year-old forward in the final year of his contract, wanted to join a contending club.

📼 Thanks for the memories, PJ! 🚀 pic.twitter.com/CTNkRSsHpx

Milwaukee also got back its 2022 first-round NBA Draft pick, which the Rockets had obtained from Cleveland in a four-team deal earlier this season.

"I feel like we have a chance to win a championship." pic.twitter.com/DuJ5V9f2fs

Kurucs went from Brooklyn to Houston earlier this season as part of the deal for Harden.