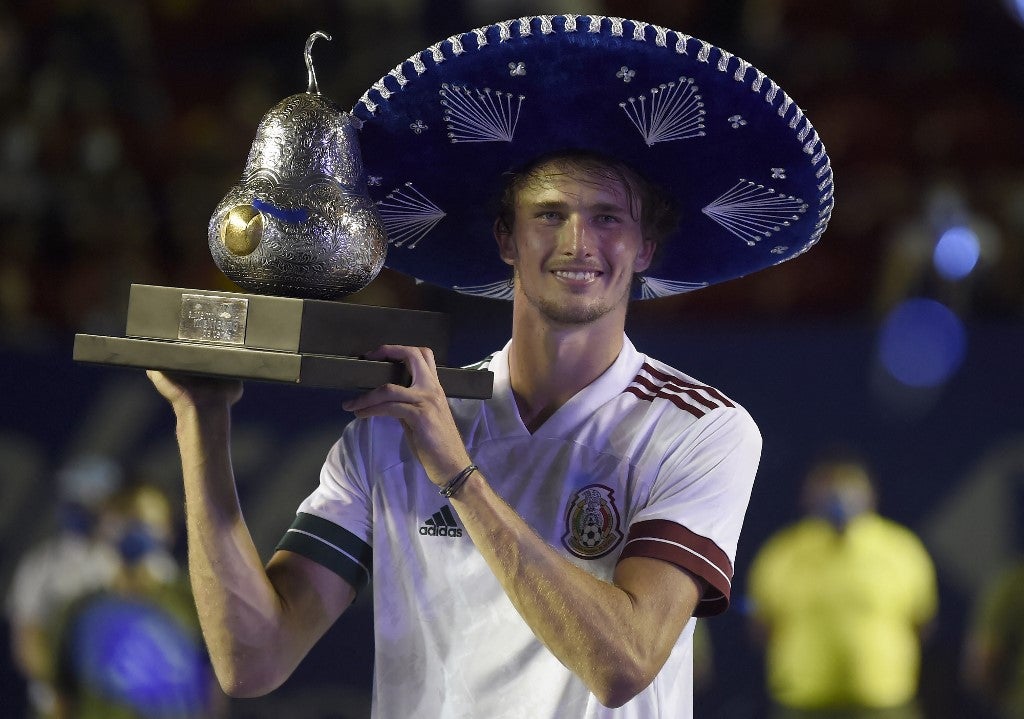 World number seven Alexander Zverev recovered from an uncertain start to beat Stefanos Tsitsipas 6-4 7-6 (3) in a thrilling Mexican Open final in Acapulco on Saturday and land his 14th ATP title.

The 23-year-old German lost the final of the hardcourt tournament to Nick Kyrgios in 2019 and quickly went 4-1 down to the Greek top seed on Sunday, at one point completely missing the ball when attempting an overhead smash.

Tsitsipas was unable to maintain the level of tennis he displayed in the first five games, however, and second seed Zverev worked his way back into the contest, reeling off the last five games to seal the set.

Zverev broke for 5-4 in an equally tight second set and served for the title but Tsitsipas saved a championship point and put the contest back on serve when his German opponent double-faulted.

The set tiebreak was again studded with lengthy rallies and Zverev prevailed 7-3 on his third championship point when he pounced on a Tsitsipas drop shot and pounded the ball past the Greek into the back of the court.

“This week has been one of the most fun I have had in recent months, the tournament showed that the public can attend sporting events,” Zverev said to the cheers of the crowd after receiving the trophy.

“When I have my chances, I need to close it out against these top players because normally they won’t give you a second chance. I thought I played extremely well in the tiebreak, I’m happy with how it went.”

Tsitsipas, who has reached semifinals at the Australian Open and Rotterdam this year, conceded that the better player had won in the end.

“I did everything I could, but Alex was superior,” the 22-year-old world number five said.