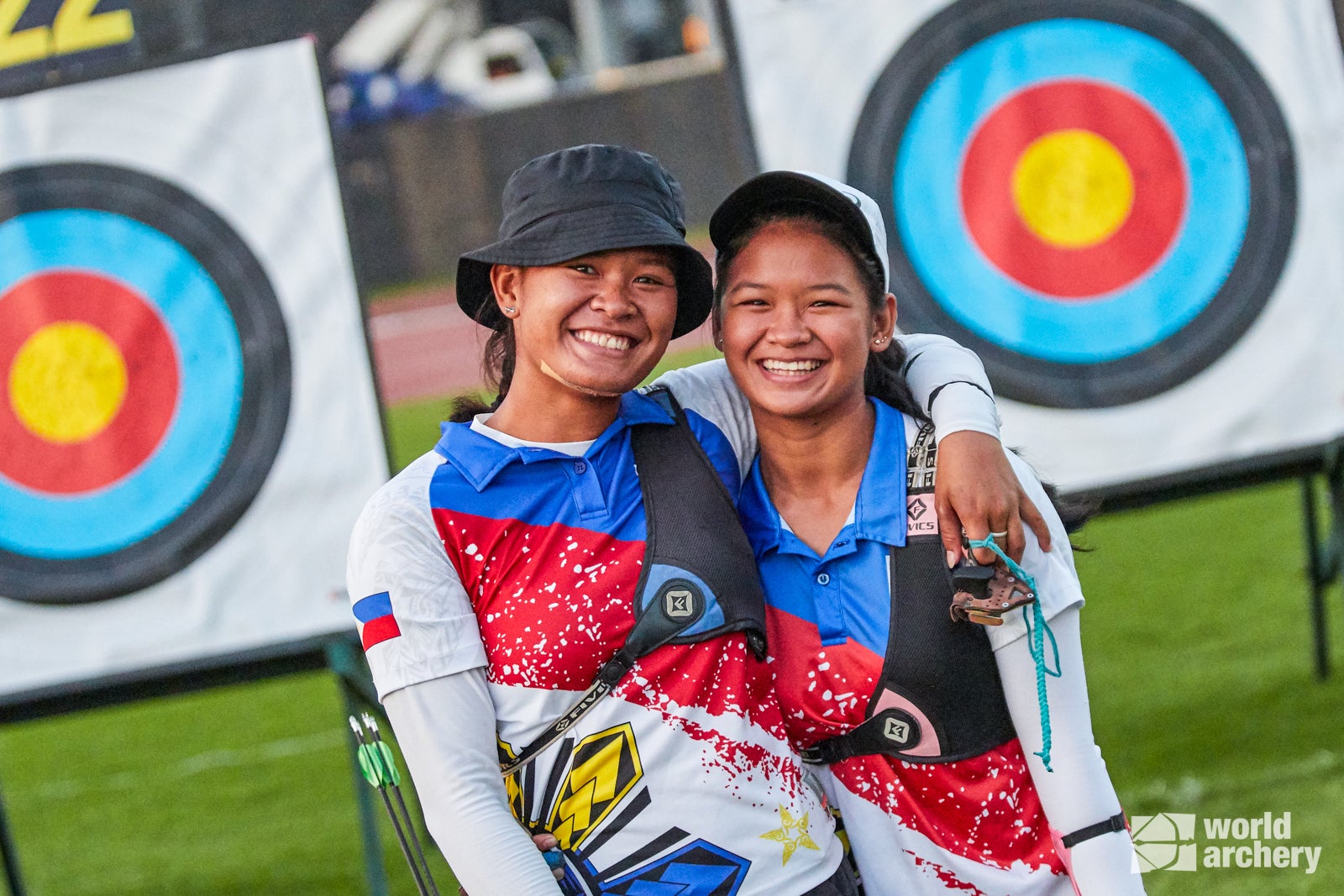 Sisters Pia (left) and Gabrielle Bidaure are considered the future
of archery in the country. —PHOTO COURTESY OF WORLDARCHERY.SPORT

Sharpshooting sisters Pia Elizabeth Angela Bidaure and Gabrielle Monica Bidaure braved the heat and conquered the elements to dominate the national qualifier of the World Archery Philippines over the weekend.

The 18-year-old Gabrielle emerged on top in the women’s recurve with 1,272 points, just a point ahead of older sister Pia, after shooting four rounds of 36 arrows each in a 70-meter distance.

“The biggest challenges, probably for all of us, were the heat of the sun and the wind,’’ Gabrielle told the Inquirer after the one-day tournament where each participant played on her home field and was monitored online.

Placing third on Saturday’s qualifier, which was organized for the selection of national team members to the coming Southeast Asian Games (SEAG) in Vietnam, was Phoebe Nicole Amistoso, another archer from Dumaguete who wound up with 1,245 points.

“There are still a lot of things to improve on. I have to learn how to shoot well even if the winds are strong and shoot more under the heat of the sun, so I don’t easily get tired during tournaments,’’ said the 22-year-old Pia.

Gabrielle, who amassed the highest score by rallying in the final round with 329, picked up the sport with Pia through their aunt, former national standout Purita Joy Marino, who won the women’s recurve gold medal in the 2001 SEA Games in Kuala Lumpur.

Despite their initial success, Pia and Gabrielle will have to continue pouring in the hard work since three more national qualifying legs are coming up before the top eight archers vie for the title in the national championships.

A total of 27 archers nationwide saw action in the women’s recurve, while 41 were listed in the men’s recurve topped by Dumaguete-based Jason Emmanuel Feliciano with 1,300 points.

Top archers from the series of evaluations are bound to wear the national colors.