Pacquiao, boxing’s only eight-division champion, went from outpointing Juan Manuel Marquez to win the WBC crown in 2008 to cutting down Antonio Margarito to size for the WBC junior middleweight strap in just a three-year span.

Though many consider Pacquiao’s demolition of Oscar De La Hoya in 2008 as his best fight, his 12-round masterclass against a much taller and bigger Margarito deserves to be talked about more. 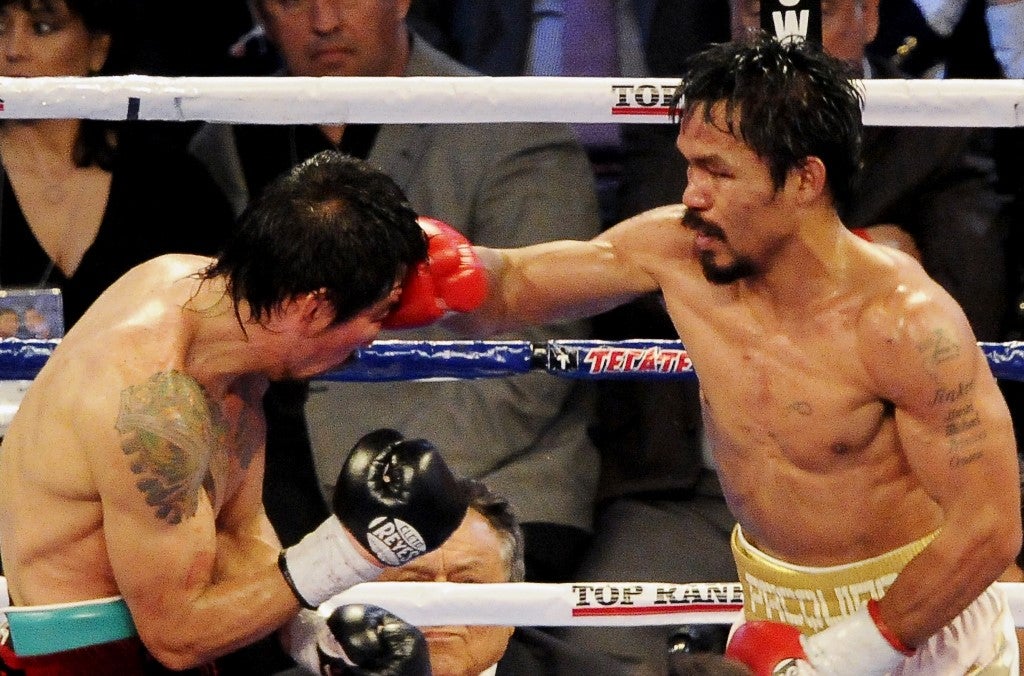 On Monday, Pacquiao reminded fight fans on social media just how devastating he was with Margarito learning it the hard way, posting a video compilation of his best punches against the Mexican boxer.

Pacquiao has been idle since beating Keith Thurman in July 2019 for the WBA (Super) welterweight belt though he is headed for a ring return later this year.

Four-division champion Mikey Garcia looms as his next foe.