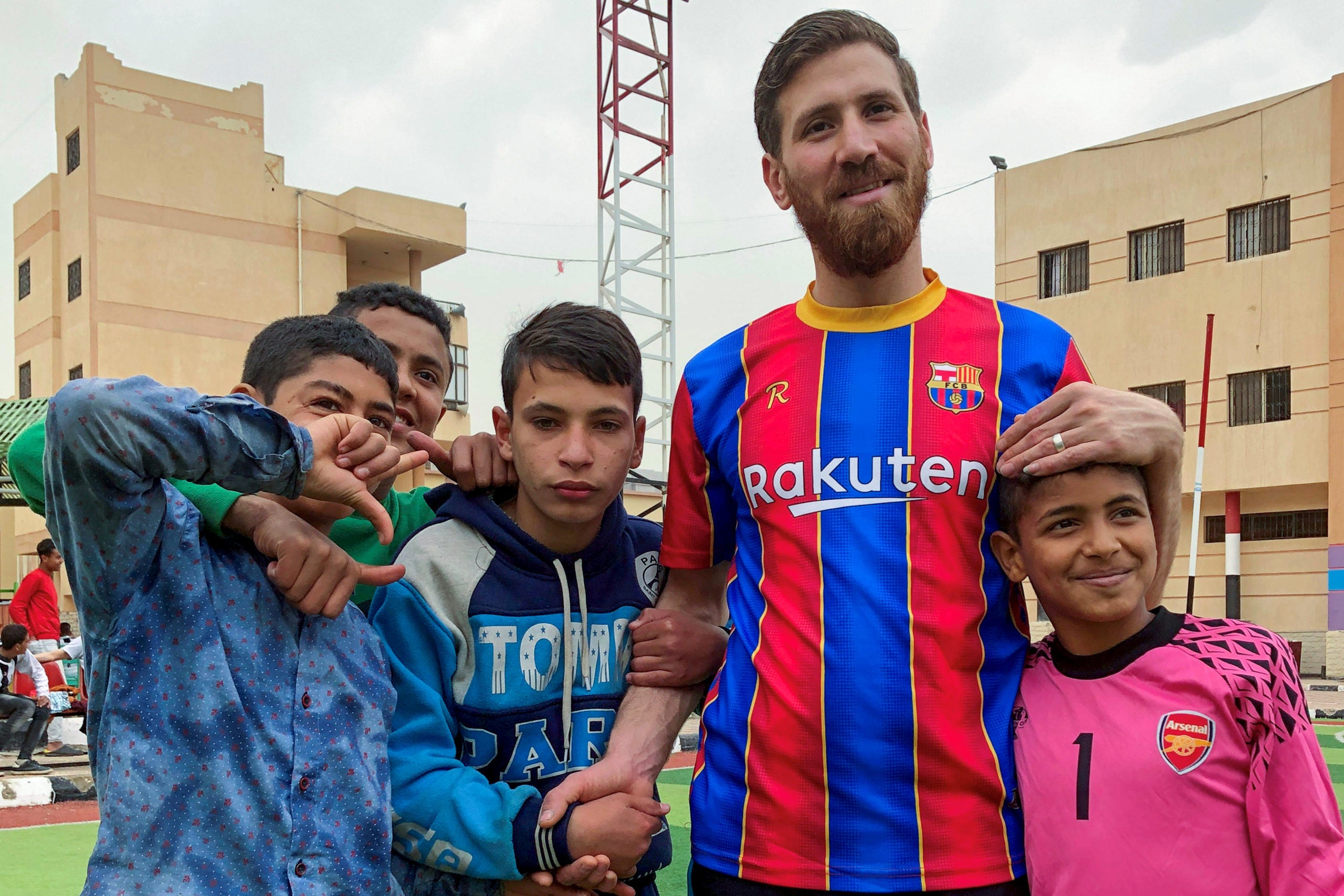 Islam Mohammed Ibrahim Battah, an Egyptian with a striking resemblance to BarcelonaÕs forward Lionel Messi, poses for a photograph with boys, in the Nile Delta city of Zagazig, north of Cairo, Egypt March 23, 2021. REUTERS/Sherif Fahmy

ZAGAZIG, Egypt—They may not be meeting the real Lionel Messi, but Islam Battah’s resemblance to the Barcelona footballer is so uncanny, that the children at an orphanage in the Egyptian city of Zagazig swarm around him in delight anyway.

Seeing the excitement his presence causes at such events, the 27-year-old Egyptian painter is happy to pose as the Argentine, wearing a Barcelona shirt and joining in a game of football.

“When I started growing my beard, my friends told me that I look like Messi. When I grew my beard even more, the resemblance was clearer,” he said. Islam Mohammed Ibrahim Battah, an Egyptian with a striking resemblance to BarcelonaÕs forward Lionel Messi, is seen with a youth in a club training facility, in the Nile Delta city of Zagazig, north of Cairo, Egypt March 23, 2021. REUTERS/Sherif Fahmy

One of the children to play football with Battah was Ammar Ashry.

“I was so happy and felt that Messi is coming to play with us,” he said.

Move over Ronaldo, Messi back on top of the world