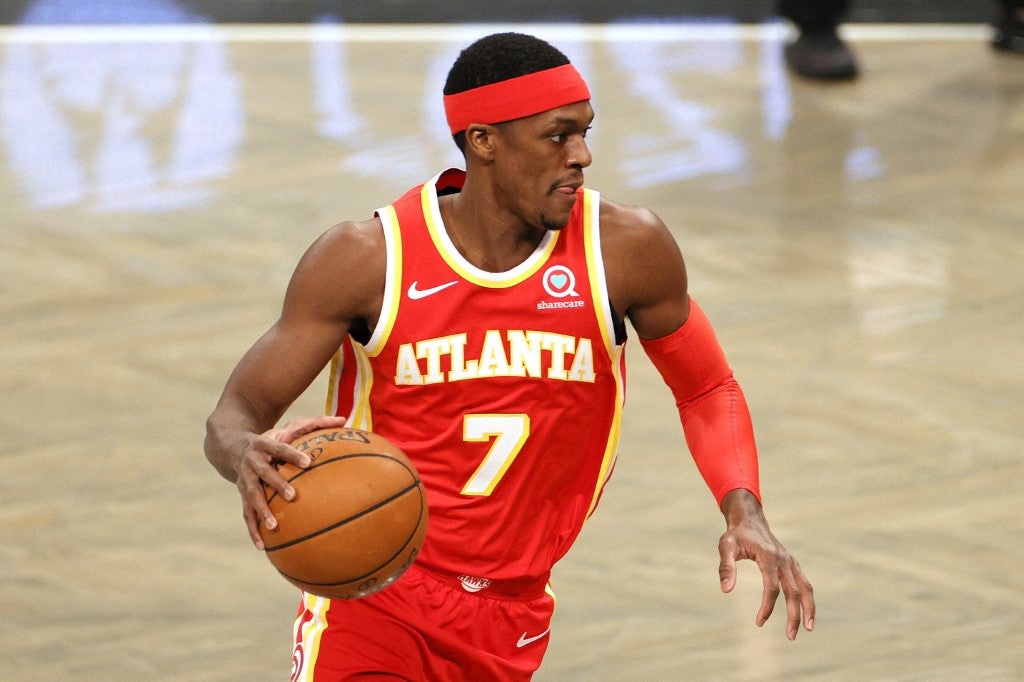 FILE — Rajon Rondo #7 of the Atlanta Hawks dribbles during the first half against the Brooklyn Nets at Barclays Center on December 30, 2020 in the Brooklyn borough of New York City. Sarah Stier/Getty Images/AFP

A four-time All-Star and two-time NBA champion, Rondo was a first-round draft pick of the Phoenix Suns before he was traded to the Boston Celtics in 2006. Aside from spending nine years with the Celtics, he also has played for the Dallas Mavericks, Sacramento Kings, Chicago Bulls, New Orleans Pelicans, Los Angeles Lakers and Hawks.

“We could not be more excited to welcome Rajon to the Clippers,” said Lawrence Frank, the team’s president of basketball operations. “He is a proven winner, a relentless competitor, and one of the most skilled orchestrators of his era. We believe he will elevate our group and continue to propel us forward.”

“We could not be more excited to welcome Rajon to the Clippers. He is a proven winner, a relentless competitor, and one of the most skilled orchestrators of his era. We believe he will elevate our group and continue to propel us forward.”

A three-time Sixth Man of the Year Award recipient, Williams has appeared in 42 games (three starts) this season for the Clippers, averaging 12.1 points, 3.4 assists and 2.1 rebounds in 21.9 minutes.

He has averaged 14.4 points and 3.5 assists in 1,043 career games (121 starts) with the Philadelphia 76ers, Hawks, Toronto Raptors, Lakers, Houston Rockets and Clippers.

“Being able to acquire a respected veteran in Lou Williams, one of the best scorers and playmakers off the bench in league history, and two second-round picks accomplished a couple of the goals we had,” said Travis Schlenk, the Hawks’ president of basketball operations and GM. “We are excited to see what Lou can add to our second unit as we try to finish this season strong.”