Thunder to shut down Al Horford for season | Inquirer Sports

Thunder to shut down Al Horford for season 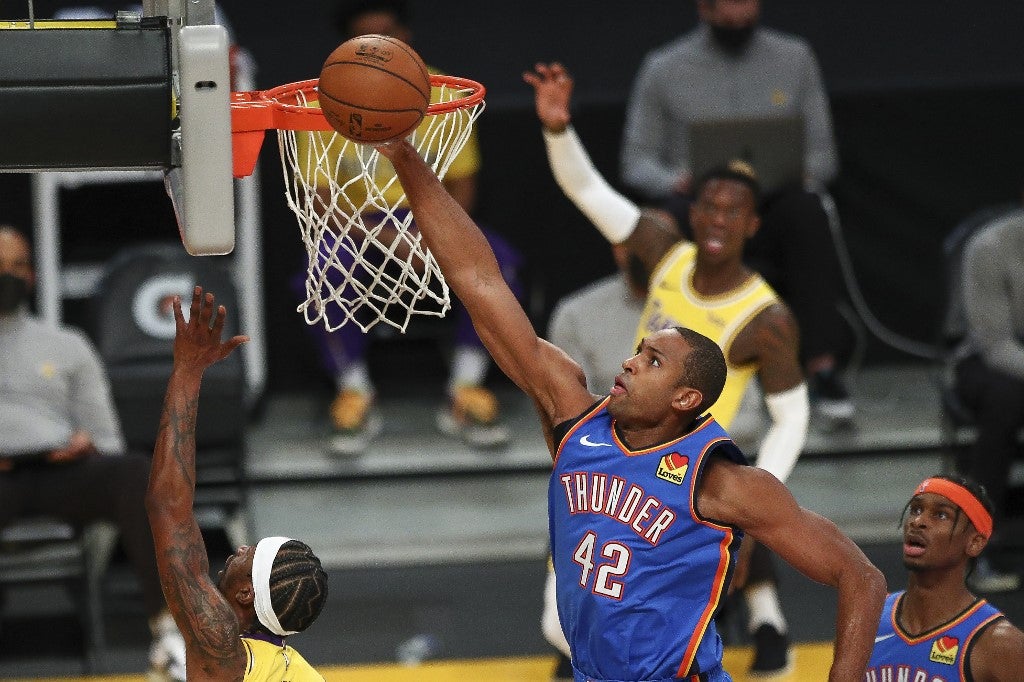 FILE – Al Horford #42 of the Oklahoma City Thunder blocks a shot by Kentavious Caldwell-Pope #1 of the Los Angeles Lakers at Staples Center on February 08, 2021 in Los Angeles, California. NOTE TO USER: User expressly acknowledges and agrees that, by downloading and or using this photograph, User is consenting to the terms and conditions of the Getty Images License Agreement. Meg Oliphant/Getty Images/AFP (Photo by Meg Oliphant / GETTY IMAGES NORTH AMERICA / Getty Images via AFP)

The Oklahoma City Thunder will shut down veteran center Al Horford for the rest of the season, the team announced Saturday night.

The Thunder will look to trade the 34-year-old Horford during the offseason, according to an ESPN report. Horford is expected to remain with the team for the final 28 games but will not be part of the active roster.

The decision comes as Oklahoma City looks to give more playing time to younger players.

“When I arrived, I understood the direction of the team; we had a great individual plan in place for me, and I feel like as a result I’ve played really good basketball for the Thunder,” Horford said in a statement.

Horford averaged 14.2 points, 6.7 rebounds and 3.4 assists this season after being acquired in a December 2020 trade with the Philadelphia 76ers. He still has two years and $53 million remaining on his contract, and the Thunder reportedly plan to work closely with him and his agent to find an ideal landing spot for him heading into next season.

“From day one Al has been a consummate professional and has had a tremendous influence on the team on and off the floor with his work ethic and total commitment to his teammates,” said Thunder executive vice president and general manager Sam Presti.