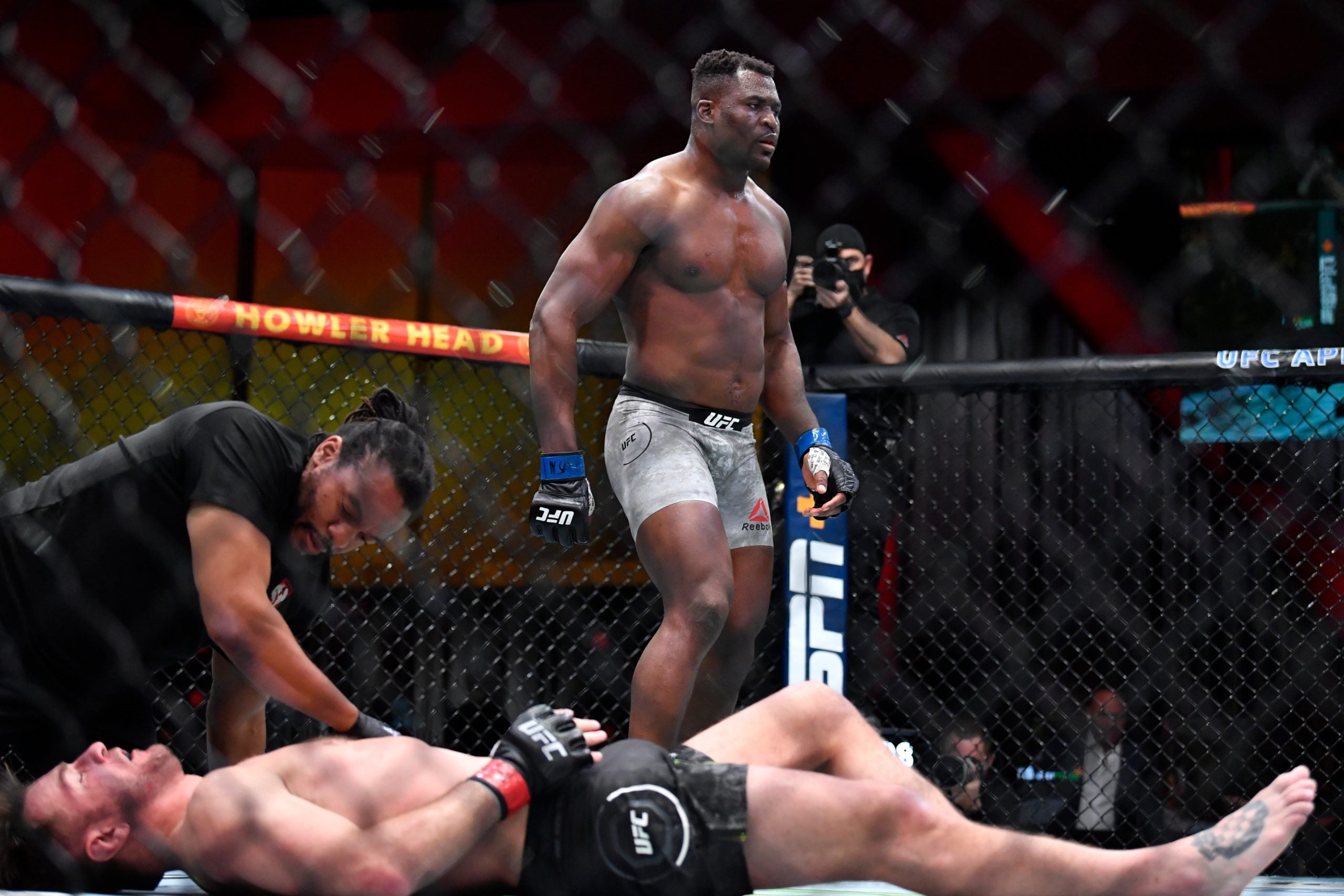 This time around, Francis Ngannou didn’t let his big opportunity slip by.

The Las Vegas resident by way of Cameroon got the job done in his second attempt at wresting the UFC heavyweight title from Stipe Miocic (20-4) on Saturday night. Ngannou (16-3) used big left hands to set up the finish as he knocked out the two-time champion at the 52-second mark of the second round to claim the title in the main event of UFC 260 in Vegas.

Miocic had outwrestled Ngannou in their first fight at UFC 220. But Ngannou was patient from the start Saturday, using much-improved defense to avoid the takedown, and landing often enough to make Miocic second-guess himself.

In the second round, Ngannou went in for the kill, landing left hands over and over until the always tough Miocic finally dropped. A series of hammerfists on the ground finally brought things to an end.

Ngannou credited the lessons learned in his first fight with Miocic, which Miocic won via a one-sided unanimous decision, for helping him learn where he needed to improve.

Ngannou followed his loss to Miocic by losing a decision to Derrick Lewis. Then he won four straight fights via knockout, with the longest lasting just 1:11, to earn his title rematch.

The evening’s co-feature bout was a breakthrough performance for Brazilian native Vicente Luque (20-7-1). The exciting welterweight slugger used heavy hands to batter former UFC champion Tyron Woodley (19-7-1) of Ferguson, Mo., then used a D’Arce choke to earn the submission victory at the 3:56 mark of the opening round.

Luque has won nine of his past 10 fights, while Woodley has lost four in a row.