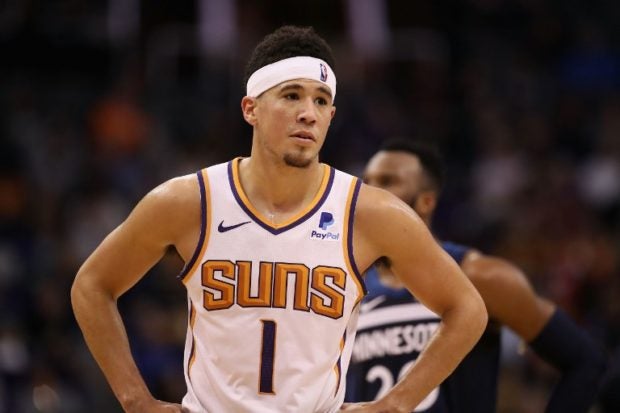 LOS ANGELES  – Phoenix’s Devin Booker scored 35 points and Chris Paul added 16 while both made key overtime plays to spark the Suns over Charlotte 101-97 in an NBA matchup Sunday.

Mikal Bridges added 13 points and a career-high six steals while 22-year-old Bahamas big man Deandre Ayton had 14 points and 14 rebounds as the Suns improved to 31-14, second in the Western Conference.

The host Hornets had 30 points from Devonte Graham and 22 from Terry Rozier in a losing cause, falling to 23-22, sharing fifth with Atlanta in the Eastern Conference.

Graham’s late 8-0 run, a layup and back-to-back 3-pointers, deadlocked the game at 90-90 to force overtime.

Bridges lifted the Suns ahead to stay at 95-92 on a 3-pointer with 3:09 remaining in the extra session and Paul added two free throws with 83 seconds to play.

Graham stole the ball but Paul stole it back from Rozier and sank two final free throws with 3.2 seconds remaining to produce the final margin.