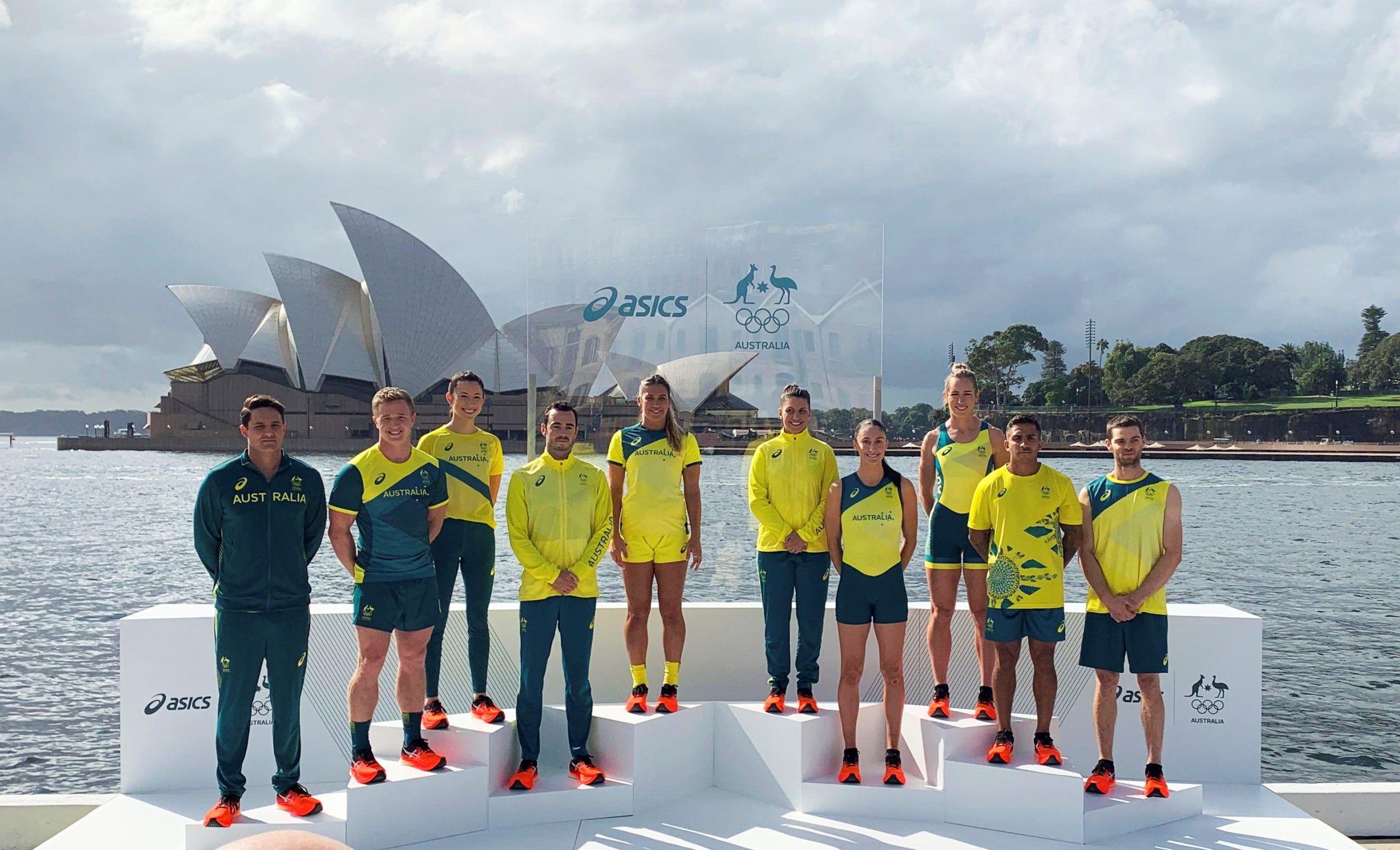 Australian Olympians pose in front of the Sydney Opera House at the unveiling of the team uniforms for the 2020 Tokyo Olympics, in Sydney, Australia March 31, 2021. REUTERS/Nick Mulvenney

SYDNEY—Australia is confident all of its athletes will be vaccinated against COVID-19 before they head off to the Tokyo Olympics, Chef de Mission Ian Chesterman said at the unveiling of the uniforms for the Games on Wednesday.

Vaccination is not a prerequisite for athletes competing in the delayed Games but Chesterman said it was “common sense” to add a “layer of safety” around the delegation and ensure they did not bring the virus home with them.

“We are very confident that we’ll be vaccinated before we go, I think that’s the will of the Australian government that we do,” he told Reuters.

“We’re also aware that we don’t want to be jumping the queue so we’re not getting it now. But everyone is confident that by the time we need it, we’ll be in a place in the queue that allows that.”

Australia has been more successful than Japan at containing COVID-19 and only started its roll-out of the vaccine towards the end of February.

Chesterman was confident organizers would put in place health protocols to protect the competitors in Tokyo but felt it was important the athletes did not focus too much on that aspect of what will be a very different Olympics.

“Clearly, we just need to keep our athletes in a positive frame of mind,” he added.

“If they get that mindset right and don’t let the COVID controls dominate their outlook, if they can maintain a positive mindset, then I think we can have a very good Games.”

Chesterman, who has switched to the Summer Games after leading Australia’s teams at six Winter Olympics, said he was now fully confident that the Games would go ahead as scheduled from July 23 to Aug 8.

“The absolute focus is giving a generation of athletes their right to be an Olympian,” he said.

“They’ve worked hard to be it, and in many cases already qualified, and it would be a disaster for them if the Games were canceled. So for me, it’s all about creating that moment for the athletes.”

Marina Carrier, who qualified to represent her country in modern pentathlon at her first Olympics before the Games were postponed for a year, was clearly looking forward to finally having her moment.

“As long as there’s a flight there and a flight home and a competition in between, that’s all I care about.”