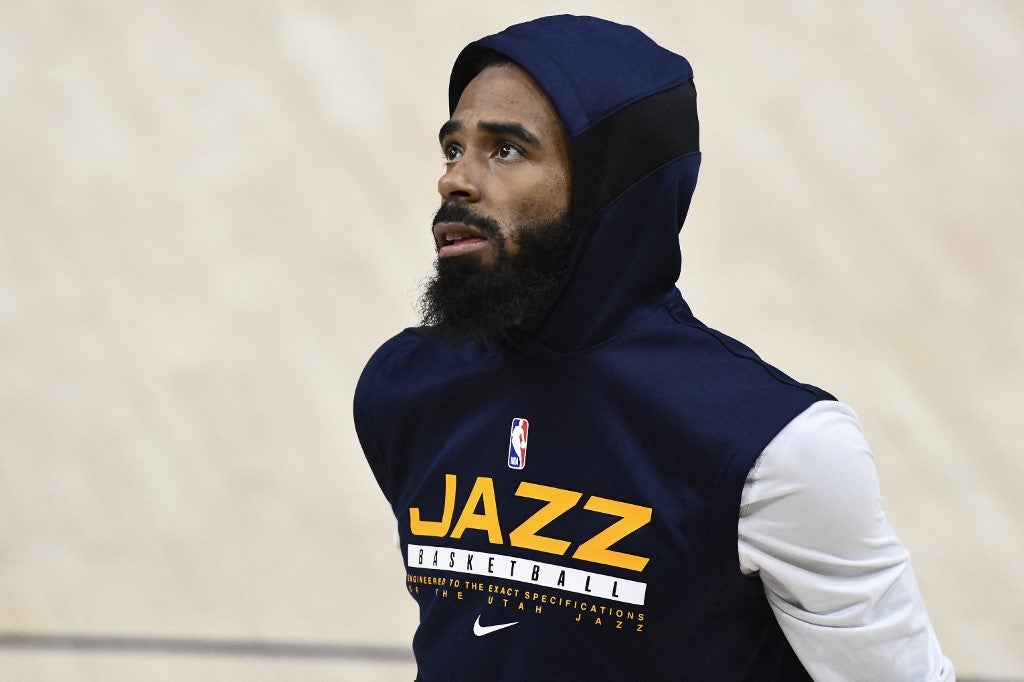 FILE–Mike Conley #10 of the Utah Jazz warms up before a game against the Milwaukee Bucks at Vivint Smart Home Arena on February 12, 2021 in Salt Lake City, Utah.  Alex Goodlett/Getty Images/AFP

Utah Jazz players feared they might be killed when their charter plane struck a flock of birds and was forced into an emergency landing on Tuesday, point guard Mike Conley said.

The plane carrying the team to Memphis sustained “engine failure” following the collision shortly after takeoff, but returned safely to the Salt Lake airport.

The Jazz boarded another flight a few hours later and landed in Memphis on Tuesday night.

“All of a sudden it felt like there was an explosion. That’s what it sounded like for most people on the plane,” Conley said after Wednesday’s 111-107 victory over Memphis Grizzlies.

“For 10 or 15 minutes, all of us on that flight were questioning if we were going to be here.

“The plane started to bounce and then tilted to the left, people in the back said they saw flames. The altitude started to drop, we started looking down wondering what happened.

“That’s how serious it was. I can’t speak for everybody, but I know guys were trying to text family just in case. It was that kind of situation.”

All-Star guard Donovan Mitchell, who has a fear of flying, did not accompany his teammates on the second plane and, shortly after takeoff, the Jazz said he was not with the team for “personal reasons.”

“It got to that point where we were all on the plane like, ‘This might be the end,'” Clarkson said. “It was crazy.”

Clarkson said an announcement from the pilots that they would be returning to Salt Lake airport helped calm the situation.

“That was comforting, but we were all looking out the window like, ‘man… just land anywhere,” he added. “Please put this plane on the ground, let us live and get past this.”