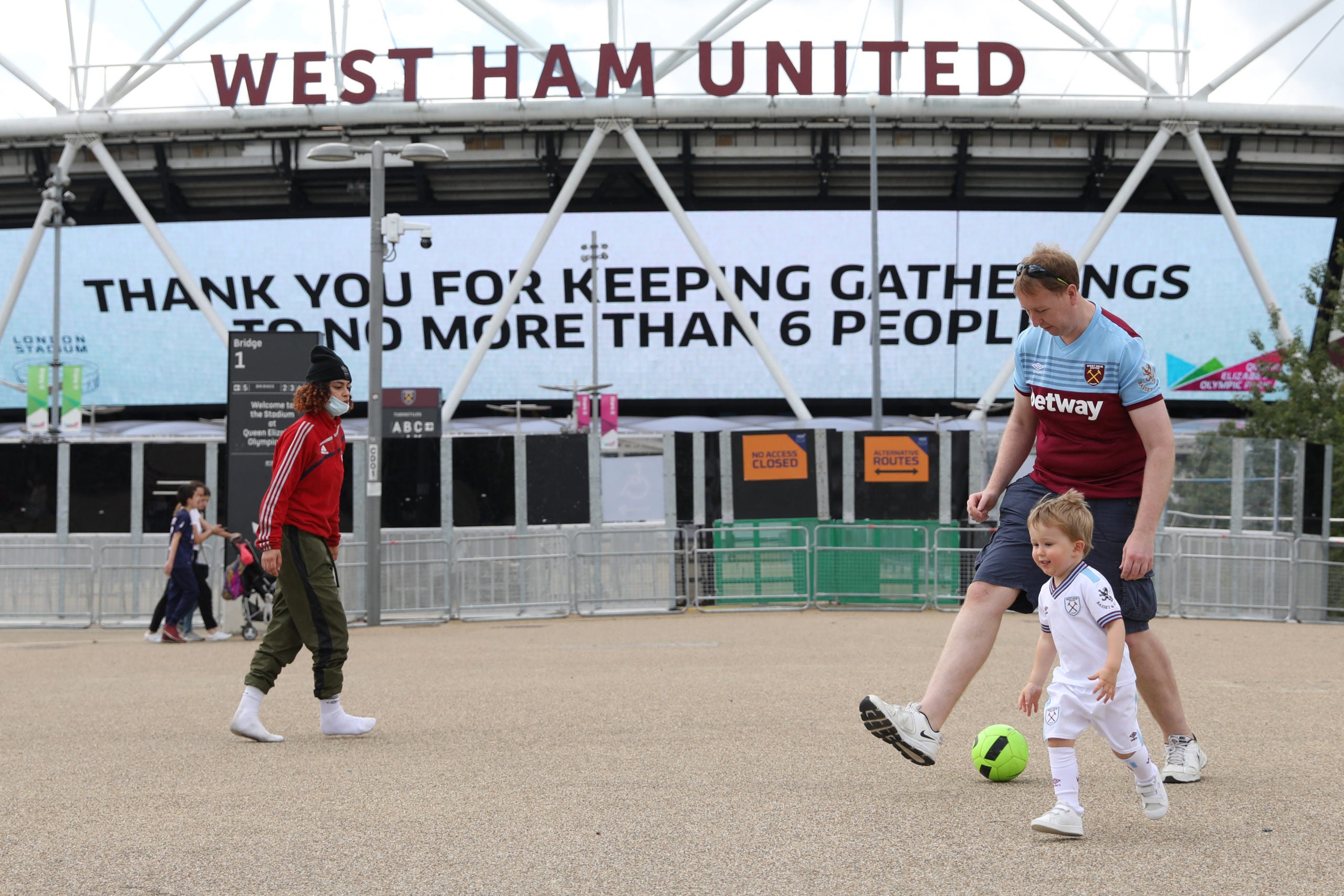 West Ham fans play with a football outside The London Stadium, in east London on June 20, 2020 before kick off of the English Premier League football match between West Ham United and Wolverhampton Wanderers. (Photo by ISABEL INFANTES / AFP)

West Ham United manager David Moyes said he does not expect to see his best players lining up to leave the London club if they fail to secure a top-four spot in the Premier League this season.

After finishing 16th last season, West Ham have made huge improvements this campaign to sit sixth in the table on 49 points from 29 matches, two points behind fourth-placed Chelsea with a game in hand.

Declan Rice and Tomas Soucek have been instrumental in the club’s transformation and have attracted the attention of some of the Premier League’s heavyweights, while Manchester United loanee Jesse Lingard has impressed after arriving in January.

“We were just avoiding relegation last year when we signed Tomas. We brought him in to help us avoid relegation. And Declan was playing in that relegation team,” Moyes said.

“All those boys would be saying a massive thank you to West Ham for helping them get their careers back on track and putting them in the right direction. If we make the Champions League, I don’t see that has to be the reason that we can keep them.”

Moyes said the progress West Ham have made this season should persuade his top players to stay.

“Any clubs can make offers but we’ve have not had any big offers for any of them. I hope we don’t get any but if we do we would consider them.”