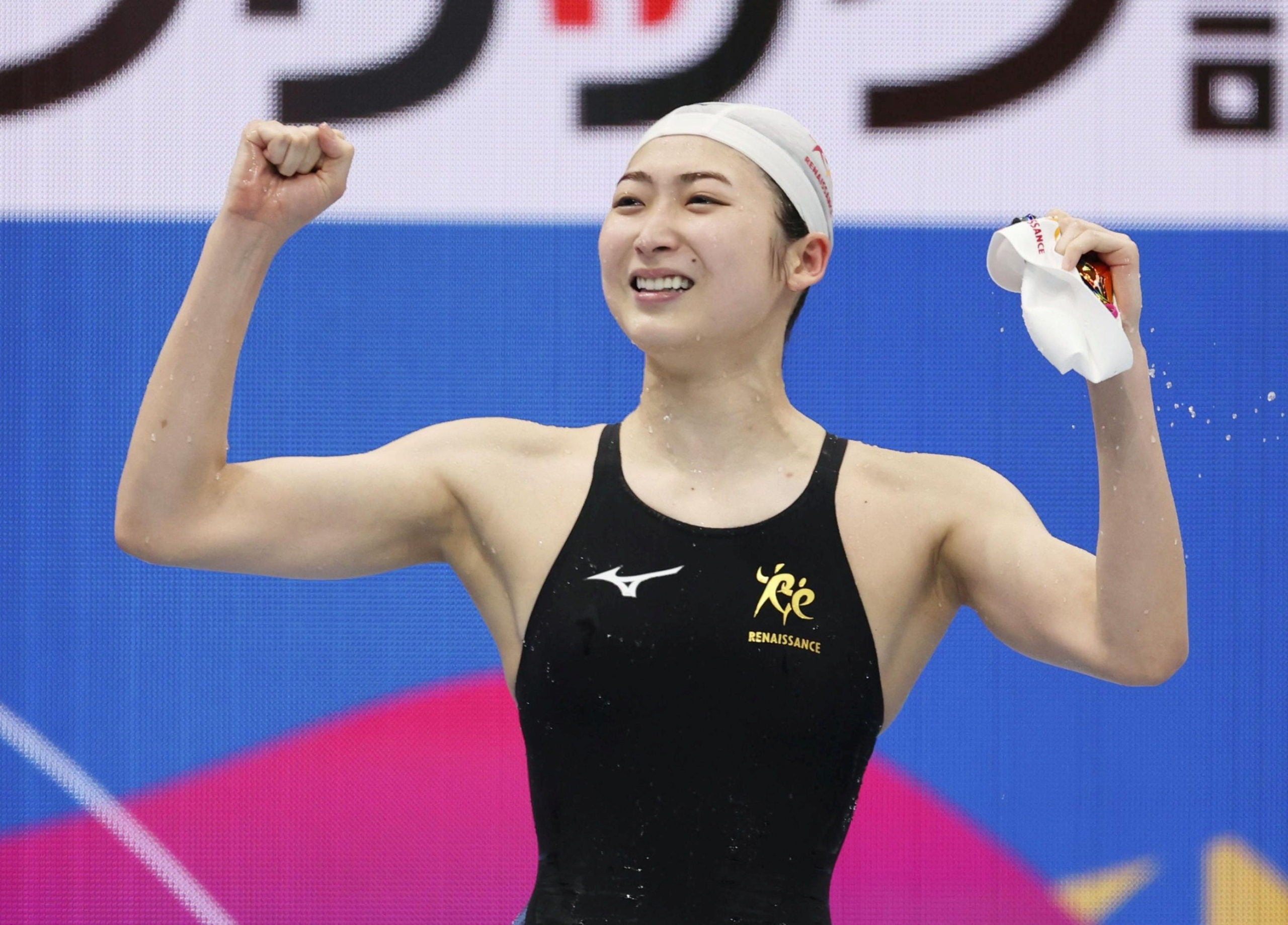 Rikako Ikee of Japan reacts after winning the women’s 100-meter butterfly final at the national swimming championships at Tokyo Aquatics Centre in Tokyo, Japan April 4, 2021, in this photo taken by Kyodo. Kyodo/via REUTERS

Japanese swimming star Rikako Ikee defied the odds and secured an Olympics berth after the leukaemia survivor won the women’s 100-metre butterfly at the national championships on Sunday, less than eight months after she returned to competition.

Ikee pumped her fist and received a hug from her competitor in the next lane after finishing in 57.77 seconds, qualifying her for the 4×100 medley relay at this summer’s Games.

She then broke into tears and took some time to exit the water having become overcome with emotion at her accomplishment.

“I am so happy right now,” the 20-year-old said in a poolside interview.

“I never thought I would be able to win the 100. I was much less confident than at the Olympic qualifiers five years ago. I thought winning was something that would only happen in the distant future.”

Ikee had been expected to be one of Japan’s top medal hopefuls at the Tokyo Olympics before she was diagnosed with leukaemia in 2019.

She battled back to fitness and returned to competition in August last year. But she had said she was not aiming for Tokyo and that the Paris 2024 Olympics were her goal.

“No matter what place I come in, I feel happy to be here.”