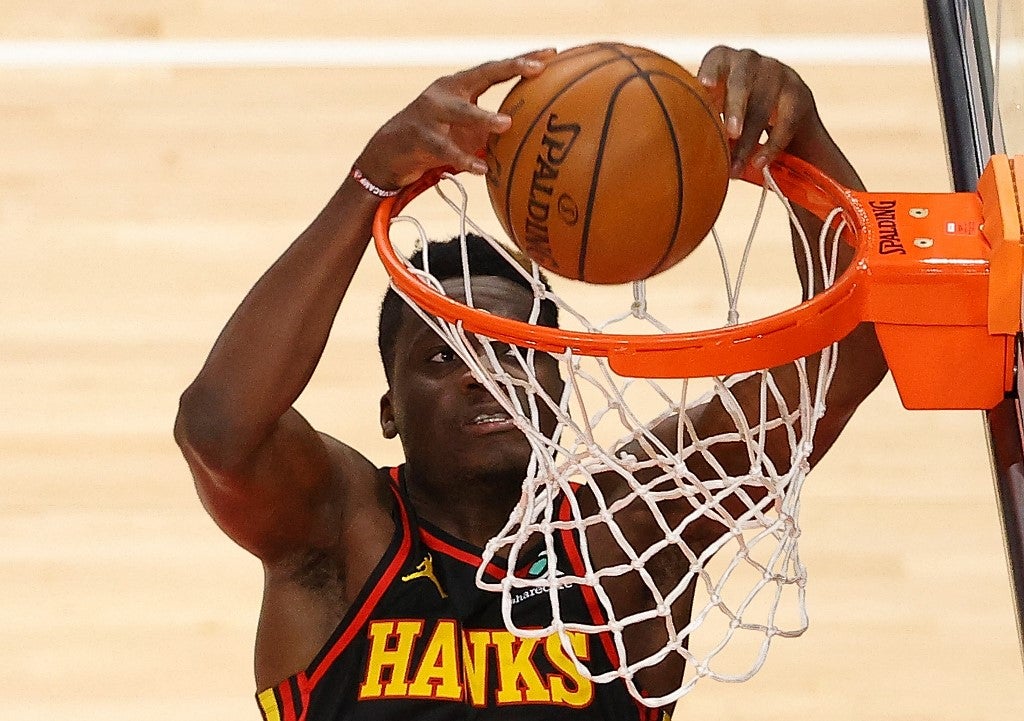 Danilo Gallinari and Clint Capela combined for 49 points and 28 rebounds and the Atlanta Hawks defeated the visiting Golden State Warriors 117-111 on Sunday for their third straight win.

Gallinari, playing with an ailing left Achilles, had 25 points and 10 rebounds, and Capela had 24 points, 18 rebounds and two blocked shots to help the Hawks sweep the two-game season series against Golden State for the first time since the 2010-11 season.

Golden State lost despite a 37-point effort from Steph Curry, who returned after missing the last game with a tailbone contusion. Curry went to the locker room at the third-quarter break and did not re-enter the game until 6:15 remaining. He was only 3-for-12 on 3-point attempts.

Golden State has lost three in a row and dropped seven of its past eight games.

Atlanta took the lead for good with an 8-0 run that gave it a seven-point lead at 105-98 with six minutes remaining. The Warriors closed to within two points, but the Hawks answered with a basket from Lou Williams and a three-point play from Capela to extend the lead to 110-103 and Golden State never got closer than four.

Atlanta’s Trae Young, playing with a sore left knee that caused him to miss Friday’s game, scored 13 points. Williams filled in while Young was out and scored 15.

Golden State also got 20 points and 11 rebounds from Kelly Oubre Jr. and 16 points from Andrew Wiggins. The Warriors were just 10 of 40 from 3-point range while shooting 46.7 percent overall.

Golden State shot 54.3 percent in the first half and led 59-57 at halftime. The Warriors led by as many as six in the third quarter, but took an 82-79 lead into the fourth quarter when Curry hit a 3-pointer with two seconds remaining.

The Hawks won the first meeting 124-108 on March 26, but the Warriors played that game without Curry. Atlanta has won three straight against Golden State after having lost the nine previous meetings.

Hawks’ balanced scoring too much for Pelicans