Durant set to return for Nets, Harden out 10 days 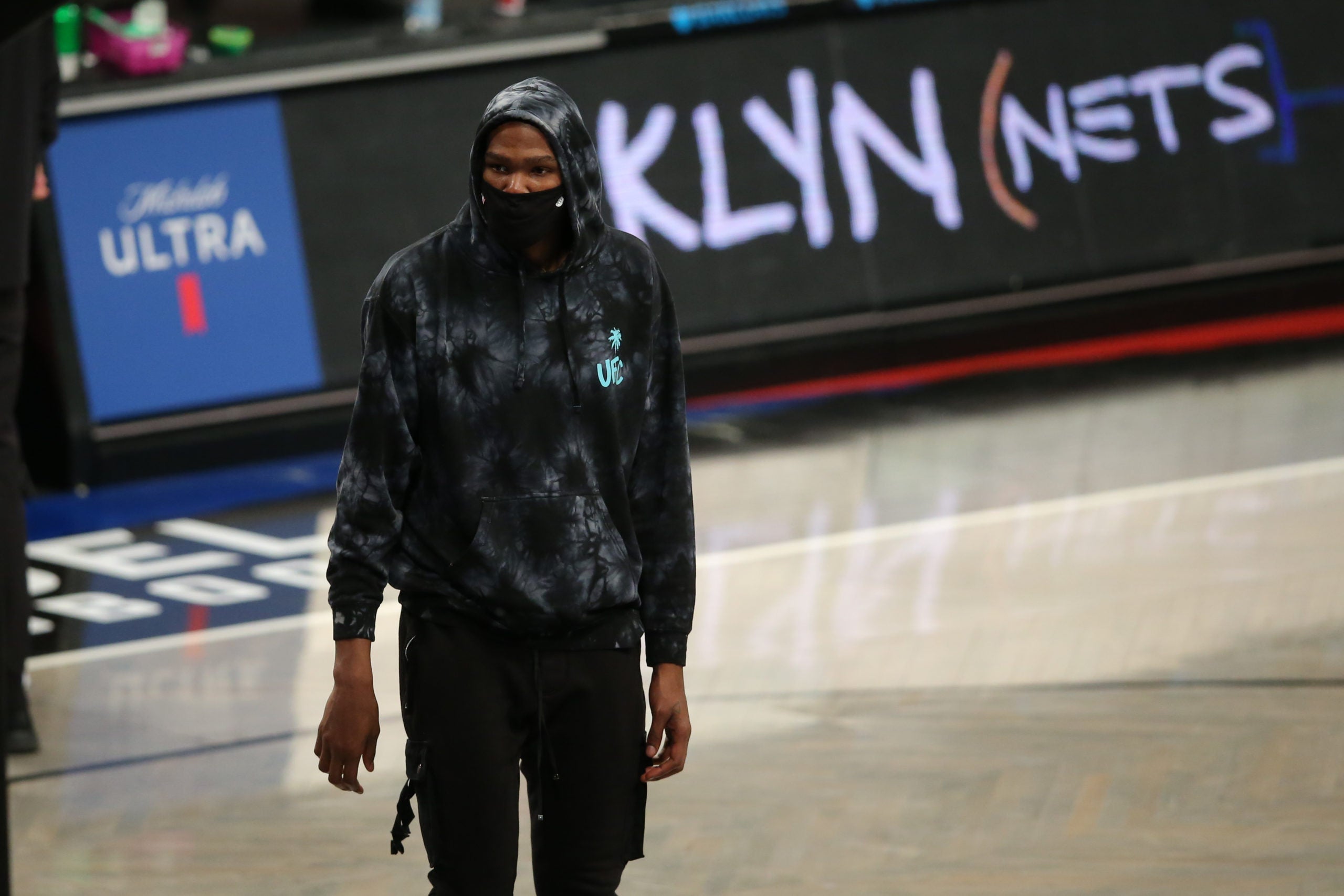 Brooklyn Nets star Kevin Durant is poised to return from injury this week but teammate James Harden faces 10 days on the sidelines after suffering a right hamstring strain, the team announced Tuesday.

The Nets listed Durant as a “probable” to play against the New Orleans Pelicans on Wednesday in what would be his first game since February 13.

However, the announcement of Durant’s return coincided with confirmation that Harden will miss several games with a hamstring problem.

“James Harden underwent an MRI earlier today which revealed a right hamstring strain,” the Nets said in a statement. “Harden will continue to rehab the hamstring and will be re-evaluated in approximately 10 days.”

Harden was removed from the court after only four minutes in the Nets win over the New York Knicks on Monday after complaining of a tight right hamstring.

The 31-year-old point guard was making his return after missing the Nets previous two games with the same problem.

Nets head coach Steve Nash said Harden had been removed from Monday’s game as a precaution.

“It’s just something that we have to protect him,” Nash said. “It’s very frustrating for James but we can’t risk it if we can afford not to. I thought the right decision was not to take any risks.”

The Nets acquired Harden in January in a blockbuster trade with the Houston Rockets, giving their roster a powerful “Big Three” of Harden, Durant and Kyrie Irving.

Monday’s win over the Knicks left the Nets on top of the Eastern Conference standings with a 35-16 record.