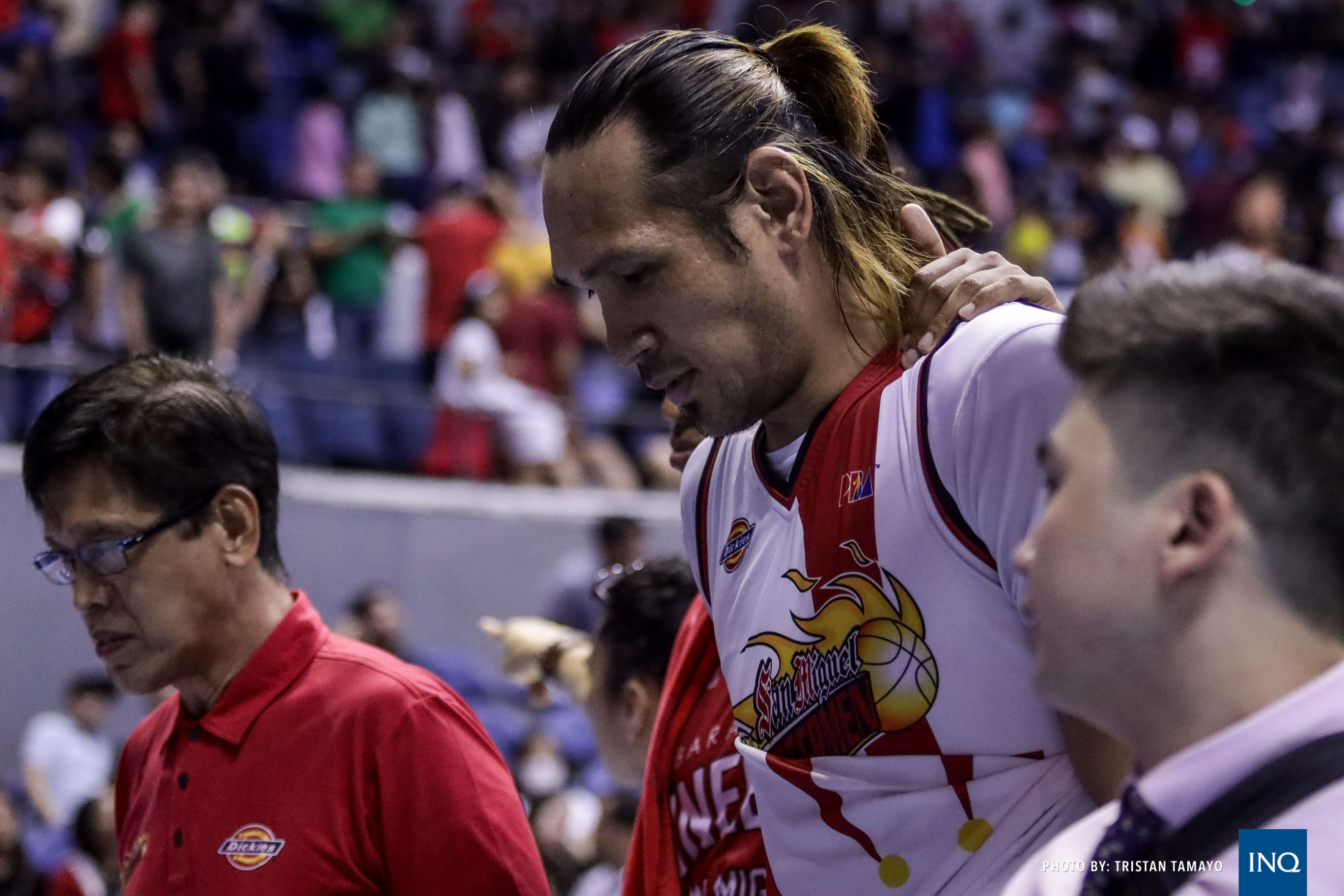 Fajardo, who is recovering from a leg injury he suffered in early 2020, was expected to suit up for the Beermen at the start of the 2021 season but with the competition set to begin a little later, his recovery was extended by an indefinite amount of time.

“With the current situation, I’m sure that the start of the season will be moved. That would be good for June Mar’s recovery,” said Beermen team manager Abanilla as per PBA.ph.

Fajardo suffered a fractured right tibia in San Miguel’s practice before the 2020 season began and that forced him to the sidelines as the league traveled to Clark, Pampanga for the Philippine Cup bubble.

Without Fajardo, the Beermen were eliminated in the quarterfinals despite holding a twice-to-beat advantage against Meralco.

While his teammates were in Pampanga, Fajardo had individual workouts with some of the Beermen’s staff but he’s still not allowed to have full-contact practices.

Nevertheless, Abanilla said that Fajardo’s recovery is right on track.

The PBA’s initial plan of starting the season in April was derailed after the Philippines had a spike in COVID-19 cases with the Department of Health’s latest tally at 819,164.

“I hope that everything will be okay,” said Abanilla of the pandemic.

Fajardo ‘on track’ with recovery from leg injury, says Austria