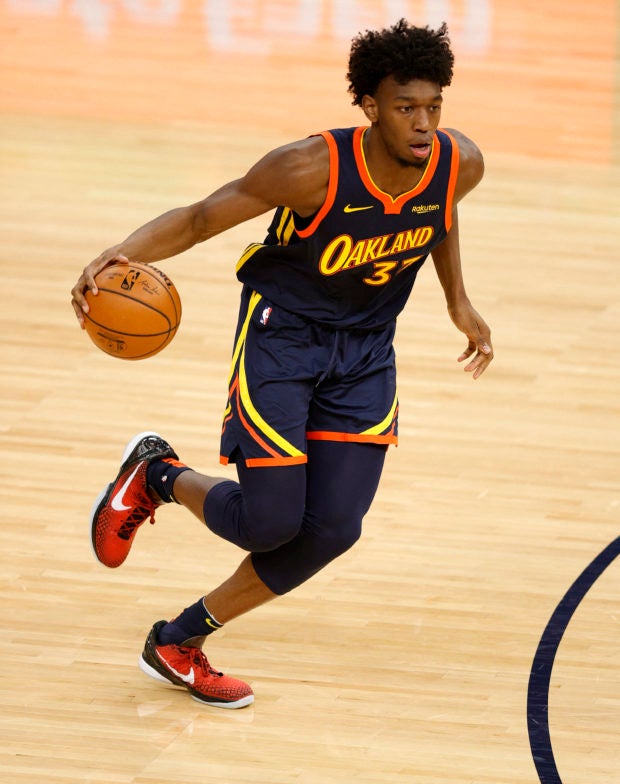 LOS ANGELES – Golden State center James Wiseman has a right knee meniscal injury the Warriors said Sunday, amid reports the rookie could miss the rest of the NBA season.

“James Wiseman (right meniscal injury) underwent an MRI, the results of which are undergoing further evaluation,” the Warriors said in a statement. “More information will be provided as appropriate.”

ESPN reported Wiseman suffered a torn right meniscus in an awkward landing in the second quarter of the Warriors’ 125-109 victory over the Houston Rockets on Saturday night.

The 20-year-old Wiseman, who was the second overall pick in last year’s NBA draft, was heading for the rim and after catching a pass rose to attempt a dunk.

Houston KJ Martin blocked the shot and Wiseman came down awkwardly, crashing to the court near the basket stanchion.

Wiseman, who is averaging 11.5 points and 5.8 rebounds per game, missed time in February with a wrist injury.