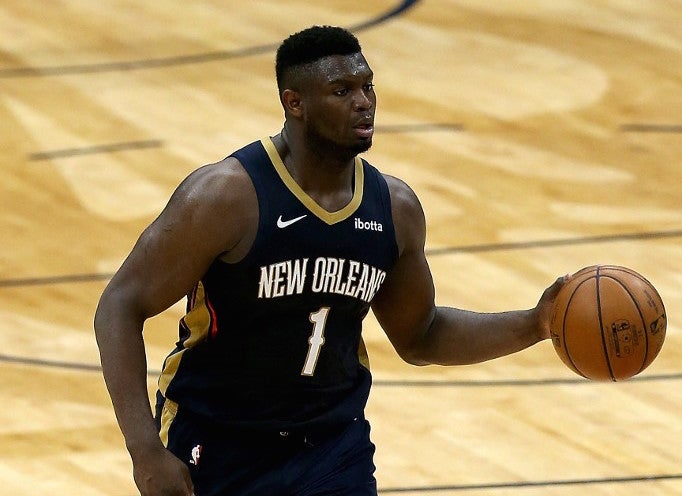 Williamson made 16 of 22 field goals and shot 6 of 8 from the free-throw line. Brandon Ingram added 27 points and rookie Naji Marshall scored a season-high 15 as the Pelicans won their sixth straight game against the Cavaliers.

Another ABSURDLY efficient night for @Zionwilliamson.

Cleveland played without injured starting guards Darius Garland (ankle) and Collin Sexton (groin). The Cavaliers still led for most of the game, but faded down the stretch.

New Orleans began the third quarter with an 8-2 run to pull even at 70-70 before Cleveland scored seven straight. The Cavaliers led by as many as nine before the Pelicans cut the lead to 94-90 at the end of the third quarter.

New Orleans pulled even at 99 on Marshall’s 3-pointer with 8:03 remaining, and Marshall followed with an assist on Willy Hernangomez’s layup that put the Pelicans on top.

Cleveland briefly regained the lead before back-to-back baskets by Williamson gave the Pelicans a 112-107 with 1:30 left.

New Orleans outscored the Cavaliers 26-15 in the fourth quarter.

Cleveland used 10 players in the first quarter and each one scored as they took a 39-29 lead at the end of the period. They made 63.6 percent of their field goals, including 7-of-12 3-pointers, while the Pelicans turned the ball over six times.

Cleveland increased the lead to 13 points before New Orleans went on a 19-7 run to get within one point.

The Cavaliers rebuilt the lead to nine points before Jaxson Hayes beat the buzzer and banked in a shot from beyond midcourt to cut the lead to 68-62 at halftime.