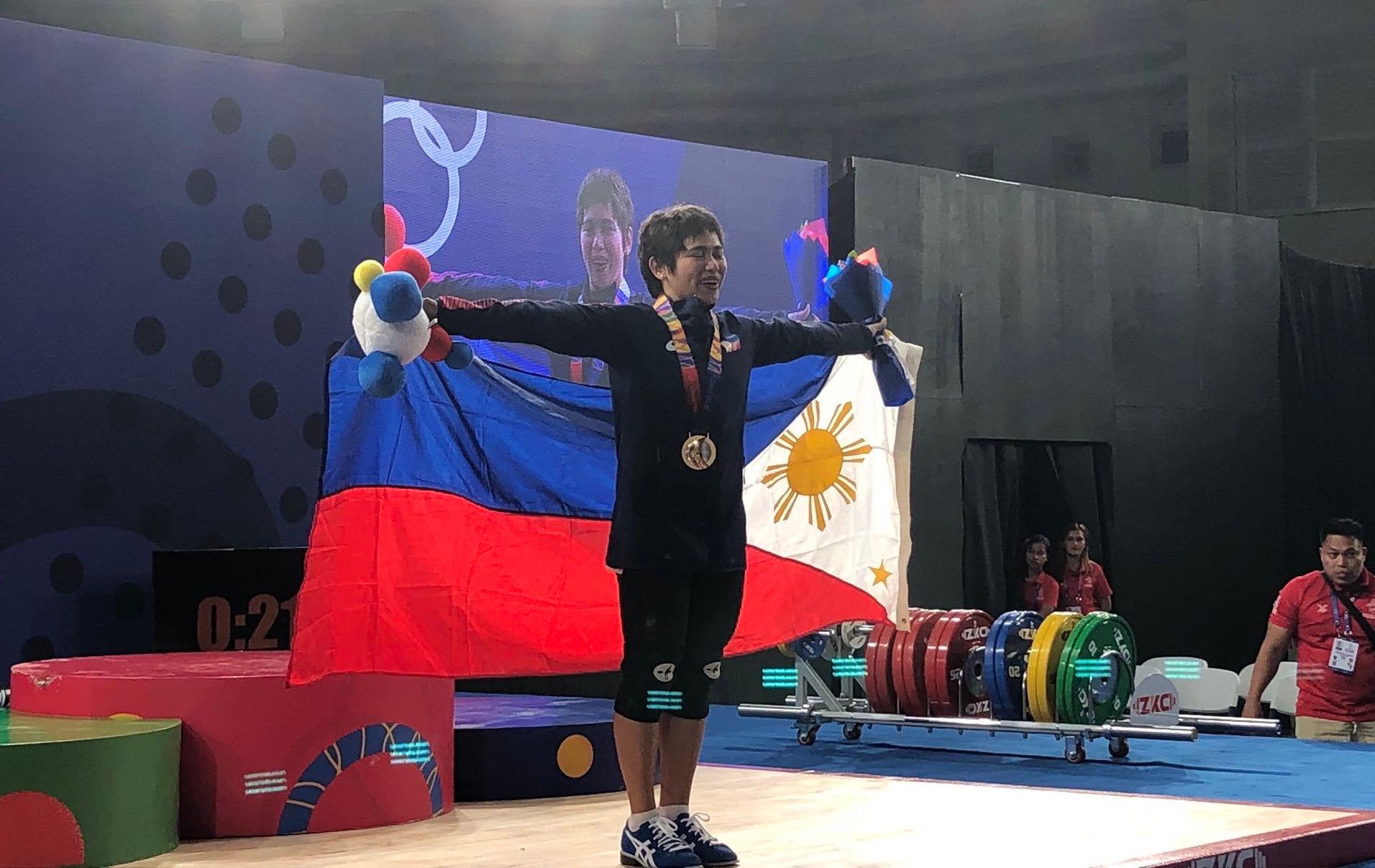 Hidilyn Diaz just went through the motions of punching a ticket to the Tokyo Olympics despite missing the podium in the Asian Weightlifting Championships in Tashkent, Uzbekistan on Sunday night.

Diaz wound up fourth in the women’s 55kg event after lifting 94 kilograms in the snatch and 118 kgs in the clean and jerk for a 212-kg total behind China’s dynamic duo of gold medalist Qiuyun Liao and second-placer Yajun Li.

Muattar Nabieva of Uzbekistan gave the host country something to cheer about with a bronze-medal output.

By just showing up in the continental meet, Zamboanga City’s lifting heroine completed the five-tournament stint required by the International Weightlifting Federation as her passport to Tokyo.

In pursuit of her fourth straight Olympic appearance, Diaz likewise holds the promise of finally ending the nation’s search for a first-ever gold medal in the quadrennial global Games.

Diaz wasn’t able to hoist the 90kg iron at first in the snatch, but recovered in her succeeding try before eventually registering 94kg in the event.

In the clean and jerk, Diaz easily lifted 118kg but found it impossible to carry the 121kg and 122kg in her last two attempts.

She compiled a weight of 135 kilograms following a lift of 60 kg in the snatch and 75k kg in the clean and jerk.

Cebuano John Fabuar Ceniza won’t go home empty-handed either with a pair of bronze medals around his neck in the men’s 61kg event. Ceniza placed third in the snatch (110kgs) and total (245kg).

Alexey Drozdov of Kazakhstan swept the three golds in the snatch (124kgs), clean and jerk (154kgs) and total (278kgs).

Elien Perez didn’t make it onto the podium of the women’s 49kg category after carrying a total of 165kgs following combined best attempts in the snatch (73kgs) and clean and jerk (92kgs).

Hidilyn Diaz raring to compete in Tokyo Olympics even minus family, friends