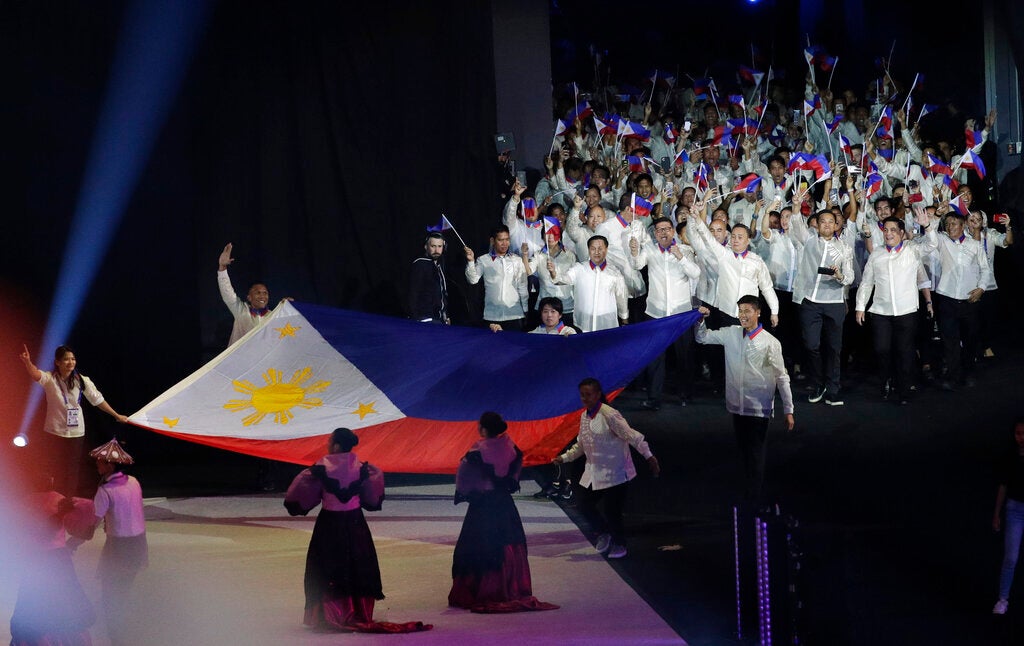 MANILA, Philippines—The call for local government units to adopt athletes set to participate in the 31st Southeast Asian Games in Vietnam has picked up steam.

Philippine Olympic Committee president Abraham “Bambol” Tolentino on Tuesday announced that the cities of Santa Rosa in Laguna, Taguig and Tagaytay have committed to host the bubble training of several sports beginning on the first week of July.

According to the POC chief, Taguig City mayor Lino Cayetano chose to become the godfather of volleyball and table tennis, Tagaytay mayor Agnes Tolentino will be the benefactor of kickboxing and cycling while Santa Rosa mayor Arlene Arcillas Nazareno has agreed to foster 50 athletes under their care.

“Besides their passion for sports, they want to be of service to the country by supporting our national athletes,’’ said Tolentino during the Philippine Sportswriters Association forum.

“It’s not easy because the expenses can run up to millions of pesos, but they agreed to shoulder the expenses for the food, accommodation and training facilities of our athletes,’’ added Tolentino.

He said these LGUs have opened their doors for the athletes until the Philippine delegation leaves for Hanoi, Vietnam prior to the 11-nation sportsfest on Nov. 21-Dec. 2 with Santa Rosa most likely accommodating indoor games or combat sports such as wrestling, judo and kurash, among others.

Sports officials have sought the help of the LGUs after the national government decided to keep the Philippine Sports Commission-controlled facilities inside the Rizal Memorial Sports Complex in Manila and Philsports Complex in Pasig City as quarantine areas due to the rising cases of COVID-19.

“We thank them (mayors) for supporting our athletes. I’m still talking to some of our LGU friends with one of them willing to accommodate up to a hundred athletes,’’ said Tolentino.

Mayor Agnes of Tagaytay is the wife of Tolentino, the PhilCycling president who likewise served the city for three terms before being elected as Cavite representative.

The idea of seeking LGU support came from the initiative of fencing, weightlifting and archery.

Ormoc City mayor Richard Gomez, also the country’s fencing head, adopted the bubble training of the sport in his city, archery got a supporter in Dumaguete City and weightlifting has set up training camps in Cebu, Bohol and Zamboanga City.

Tolentino said they would seek clearance from the Inter-Agency Task Force on Emerging Infectious Diseases for the bubble training in Santa Rosa, Taguig and Tagaytay since these areas are inside NCR-plus (Metro Manila, Bulacan, Rizal, Laguna and Cavite) where strict lockdown measures are being implemented.

Team Philippines chef de mission and PSC Commissioner Ramon Fernandez initially made the plea for the LGUs to support the training of 626 SEAG-bound athletes from 39 sports.