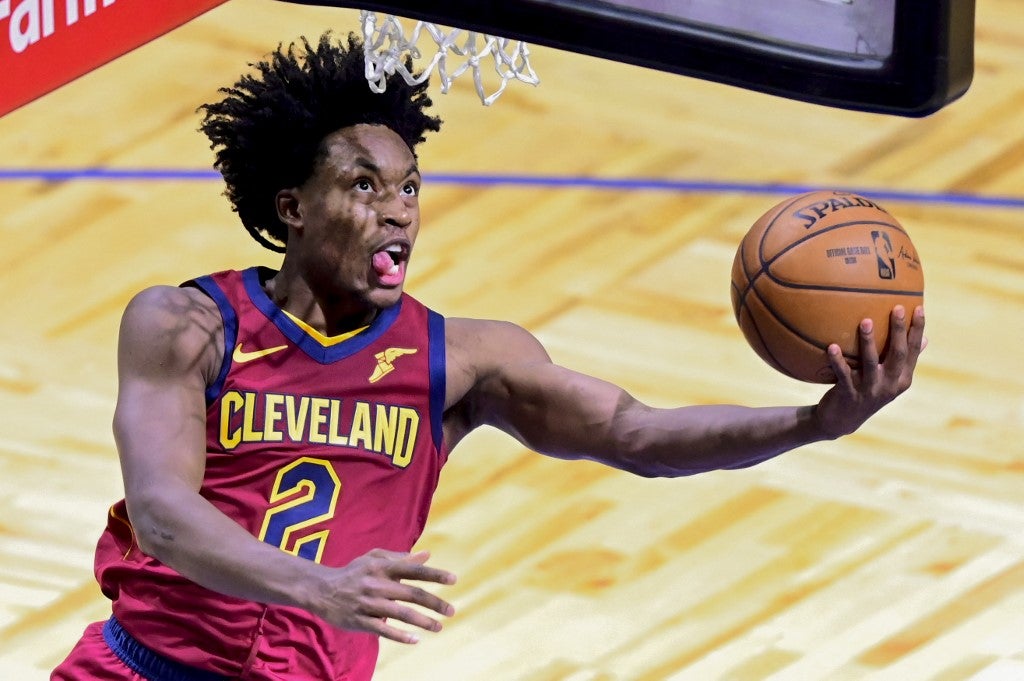 FILE — Collin Sexton #2 of the Cleveland Cavaliers looks to lay the ball up during the third quarter against the Orlando Magic at Amway Center on January 04, 2021 in Orlando, Florida.  Douglas P. DeFelice/Getty Images/AFP

Collin Sexton scored 30 points and had seven assists to lead the Cleveland Cavaliers to a 121-105 home victory over the Chicago Bulls on Wednesday night.

Sexton shot 11-for-17 from the field and was one of five Cavaliers (21-37) to score in double figures. Darius Garland also had 25 points on 8-for-13 shooting as Cleveland snapped a three-game losing streak.

Lauri Markkanen led Chicago (24-34) with 16 points off the bench while Thaddeus Young and Coby White each had 14 points. Young also had eight rebounds and Patrick Williams finished with nine points and seven rebounds.

The Bulls trailed from start to finish and turned the ball over 20 times leading to 23 Cavaliers points.

Chicago slipped out of the 10th spot in the Eastern Conference, the final spot in the play-in tournament for the last two postseason berths.

The Bulls, who had a brief two-game winning streak snapped, played again without Zach LaVine, who missed his fourth consecutive game due to health and safety protocols.

Cleveland, which is trying to keep its fading playoff hopes alive, led by as many as 33 points in the second half.

Tomas Satoransky also had 13 points for the Bulls, who lost two out of three against Cleveland this season.

Sexton sparked a 16-0 first quarter run for the Cavaliers, who outscored Chicago 34-12 in that period.

Troy Brown Jr. was unavailable for Chicago due to a left ankle sprain. Cleveland guard/forward Dylan Windler underwent successful left knee surgery and will be out indefinitely.