PNVF optimistic creation of nat’l teams will be easier 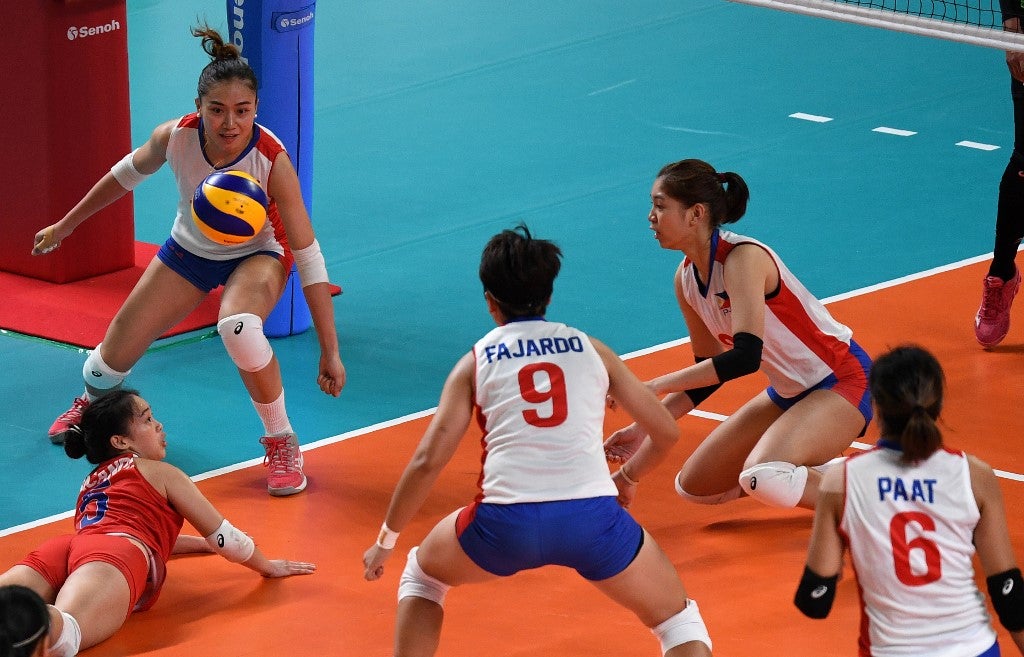 FILE PHOTO Phillippines’s players return the ball against Indonesia during the women’s group A preliminary volleyball match between Indonesia and the Philippines at the 2018 Asian Games in Jakarta on August 25, 2018. (Photo by Juni Kriswanto / AFP)

MANILA, Philippines—It’s an open secret that the formation of the national volleyball teams, especially the women’s squad, has been fraught with difficulties for the past four years, with two competing leagues having differing schedules throughout their seasons.

The Philippine National Volleyball Federation, however, feels optimistic that the national team can be assembled smoothly in time for the 2021 Southeast Asian Games in Vietnam.

PNVF President Ramon “Tats” Suzara admitted that it would be easier to manage players’ availability and schedules with just one pro league.

“Now that there’s only one women’s professional league, it will be easy to coordinate and cooperate,” said Suzara in an interview with Inquirer Friday.

Before establishing the PNVF, two rival leagues—the Premier Volleyball League and the Philippine Superliga—made it difficult for the then-national sports association Larong Volleyball ng Pilipinas, Inc. to assemble a women’s squad for the 2017 and 2019 SEA Games.

The team continued to have issues with practices and even attendance, but Suzara is confident that they will have no such issues going to Hanoi.

To ease the formation of the national team, Suzara said that the PVL and the collegiate associations would have to follow the PNVF’s calendar starting in 2022.

“The PVL will adjust, the UAAP and NCAA already have fixed schedules, but we’ll put them all of them in a calendar that they have to follow starting in 2022,” said Suzara, who based the scheme with the FIVB, volleyball’s world governing body.

Suzara and the PNVF’s plan to launch a calendar also includes creating the NSA’s Champions League—a competition that the national governing body owns and is outside of the control of a private entity.

“What is important starting next year that all the leagues including the UAAP and NCAA will adjust to the PNVF calendar because we will now follow the FIVB calendar,” said Suzara. “This year we’ll launch the PNVF’s own national league, which is called the Champions League and we’ll launch it for men and women.”