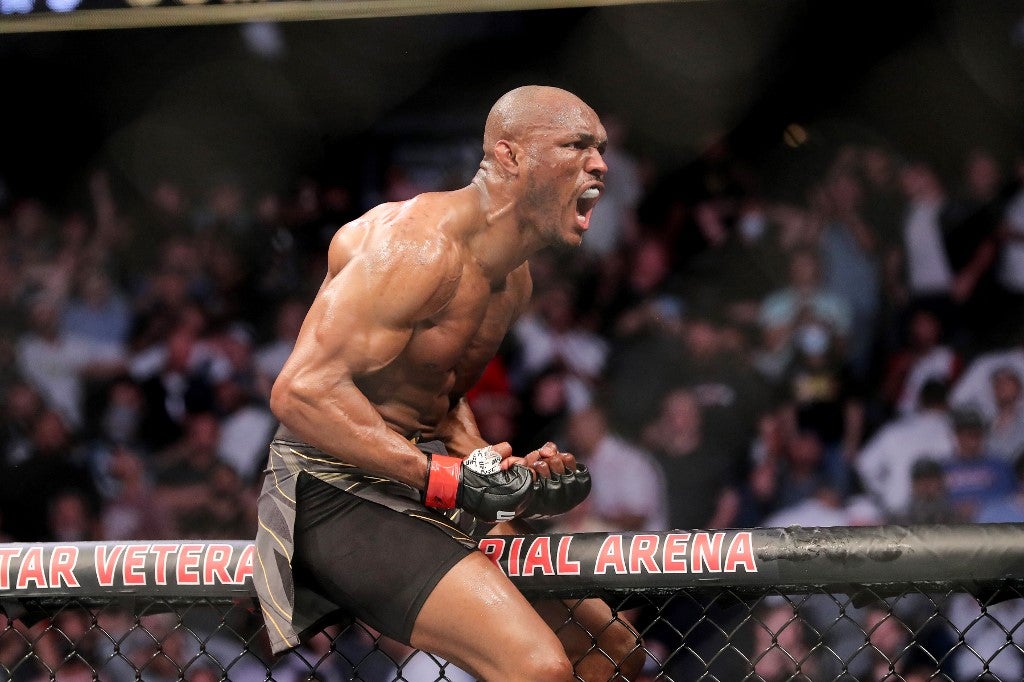 After Masvidal (35-15) spent the next several months chirping it was a fluke, Usman (19-1) granted him a rematch, wanting to put a stamp on things this time.

Saturday night at UFC 261, Usman, of Dallas by way of Nigeria, knocked out Masvidal with an absolutely hellacious right hand, leaving no doubt he’s the best in his class. The time of the stoppage at VyStar Veterans Memorial Arena in Jacksonville, Fla., was 1:02 of the second round.

Usman outwrestled Masvidal in the first round, landed crisp jabs, and previewed what was to come by loading up on a couple of big bombs that just missed. In the second, he didn’t miss, as he won his 18th straight bout and had his fourth successful title defense.

The evening’s co-feature bout was fast and electrifying, as Colorado’s Rose Namajunas became a two-time strawweight champion with a first-round finish of China’s Zhang Weili.

Namajunas (11-4) hit a picture-perfect head kick which floored Weili, then followed up with punches until the referee waved it off at the 1:18 mark. Weili (21-2), who had a 21-fight win streak snapped, protested the stoppage, but she was plainly out of sorts and on wobbly legs when she got back to her feet.

In the evening’s third title fight, flyweight titleholder Valentina Shevchenko had one of the most dominant performances in a career full of them as she successfully defended her title against former strawweight champ Jessica Andrade.

Shevchenko (21-3) seemed to make a point of thoroughly outgrappling Andrade (21-9), who is known for her ground work, before finishing her via TKO at the 3:19 mark of the second round. It was the seventh straight win for Shevchenko and her 14th career finish.

Read Next
Nadal into 12th Barcelona final, faces ‘better than ever’ Tsitsipas
EDITORS' PICK
Geek out at TOYCON 2022 powered by Smart Signature
Unemployment rate up to 6% in May
High-risk pregnancy: Reducing your risk is in your hands
UK’s Boris Johnson will resign, BBC reports
High inflation: Your P1 is now worth only 87 centavos
House energy committee chair Arroyo bats for cheap electricity
MOST READ
Suspect in grisly killing of missing woman in Bulacan arrested
Hong Kong suspends flight bans as it eases COVID-19 rules
Kim Atienza’s daughter flaunts bikini body in response to critics of her ‘revealing photos’
Cop slain in Isabela ambush
Don't miss out on the latest news and information.