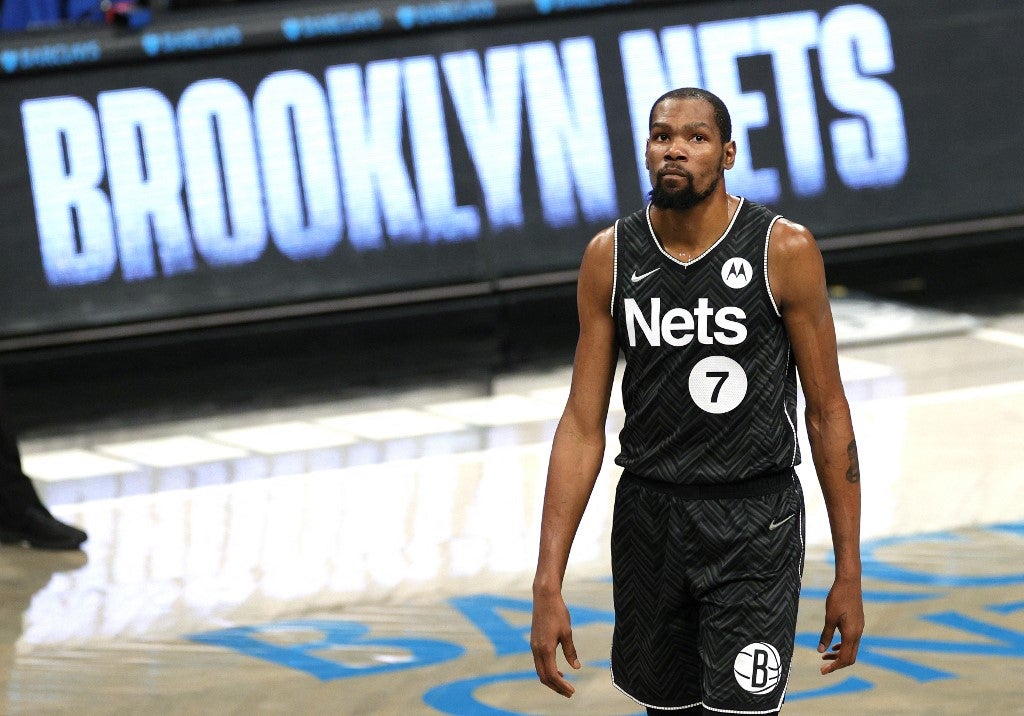 FILE – Kevin Durant #7 of the Brooklyn Nets looks on during the second half against the Charlotte Hornets at Barclays Center on April 16, 2021 in the Brooklyn borough of New York City. Sarah Stier/Getty Images/AFP (Photo by Sarah Stier / GETTY IMAGES NORTH AMERICA / Getty Images via AFP) At the 2018 Academy Awards, Kobe Bryant, who died in a helicopter crash near Los Angeles last year, won an Oscar for “Dear Basketball” — an animated short film based on his 2015 poem announcing his final season.