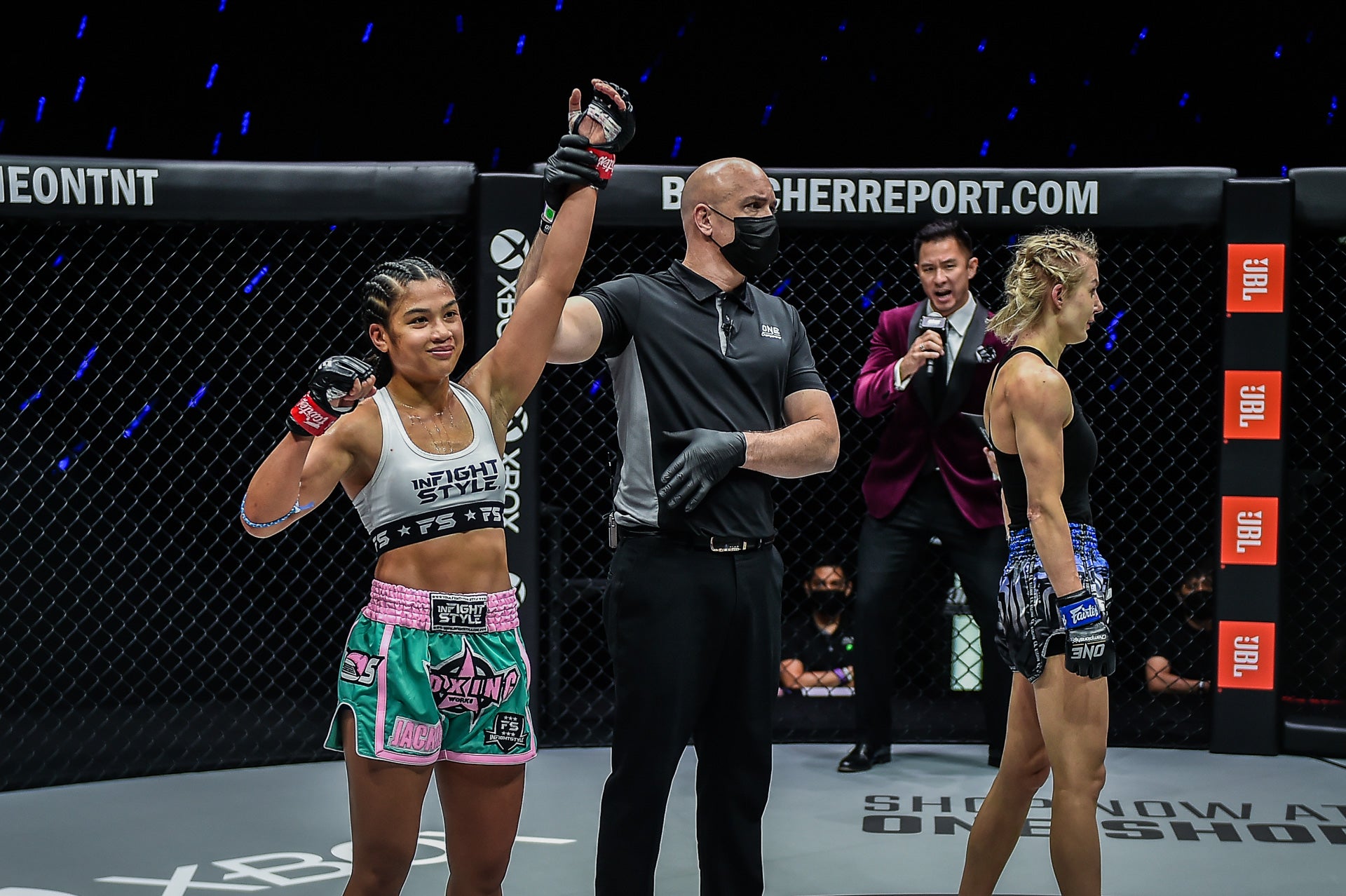 MANILA, Philippines—Jackie Buntan scored a majority decision win over Ekaterina Vandaryeva in their ONE Super Series Muay Thai (strawweight) bout in the undercard of the ONE on TNT IV Thursday at Singapore Indoor Stadium.

Despite being three inches shorter than Vandaryeva, the 5-foot-3 Buntan managed to close the distance using her boxing and low kicks to land more shots than the Belarusian.

Vandaryeva then used her height advantage to keep her distance in the second but Buntan came firing in the third round using frantic combinations to close the ranger.

Buntan improved to a 22-5 record and made a case for herself in the race for the vacant ONE women’s strawweight Muay Thai title.