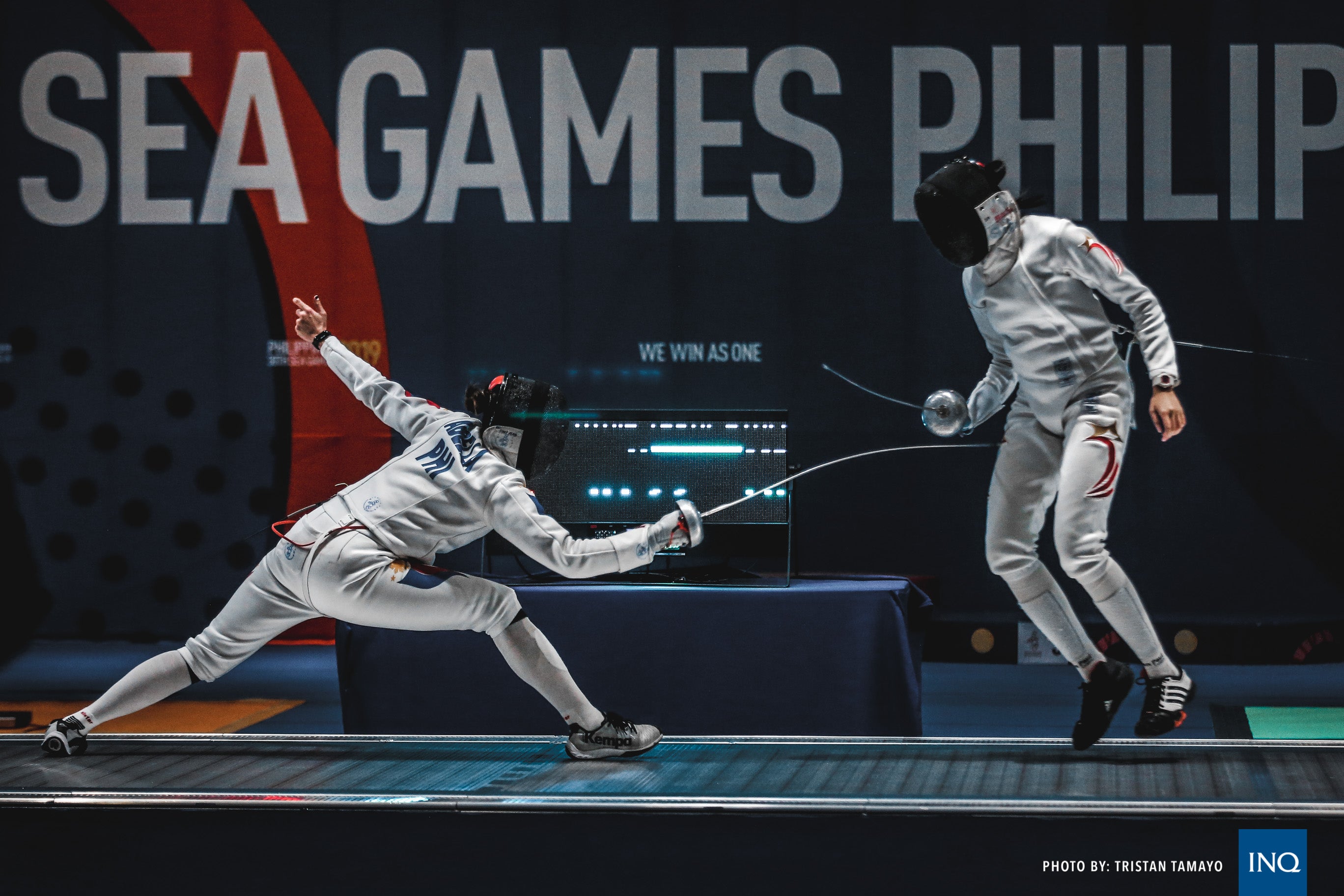 MANILA, Philippines — The Philippine fencing team is planning to undergo training camp in South Korea as part of its buildup for this year’s 31st Southeast Asian Games.

National coach Rolando “Amat” Canlas said setting up a one-month camp in South Korea, a country known to be a world power in the sport, is one of two possible options for the team’s preparations ahead of the biennial meet in November in Hanoi, Vietnam.

The other is to bring in fencers from Korea to the Philippines, which is a more plausible route considering the travel restrictions due to the COVID-19 pandemic.

“Our Plan B, which would cost less, is to just bring in about 12 Korean fencers here for us to train against tough competition. That’s our second option,” said Canlas on Tuesday during the PSA Forum.

Canlas added that had it not been for the quarantine measures needed to be observed due to the pandemic, the team was also supposed to go to Hong Kong for another two-week training.

“The quarantine is going to kill us. In you go to Hong Kong, the quarantine period is 21 days so it’s very time consuming. In Korea, the problem is their quarantine is 14 days,” said Canlas, adding he already has a previous arrangement with Korea about training in the country again the same way the team did before in the 2019 SEA Games.

The team is also likely to again undergo bubble training in Ormoc City, where Philippine Fencing Association (PFA) president Richard Gomez is the current mayor, just like it did when it geared up for the Olympic Qualifying Tournament last month.

The federation will be holding the National Fencing Championships, a SEA Games qualifier, at Ormoc City Superdome from July 3-11.