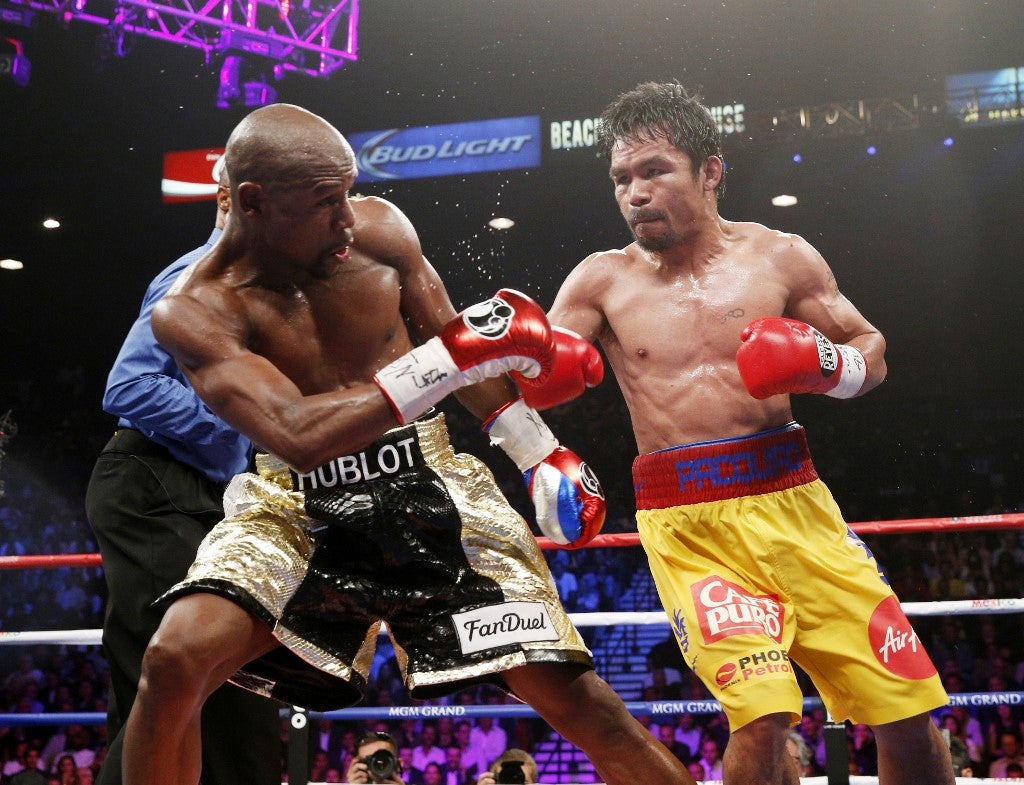 But of them all, Filipino legend Manny Pacquiao stood out the most as the best one he shared the ring with.

“The best fighter I ever fought probably was Manny Pacquiao,” Mayweather told The Million Dollaz Worth of Game podcast by rapper Gillie Da King. “It’s because of his movement. He’s a hell of a fighter and I can see why he won so many fights and I can see why he’s going down as a hall of famer. It’s just certain moves that he makes.”

It’s been six years since Mayweather and Pacquiao figured in one of the biggest fights in boxing history.

Mayweather beat Pacquiao by unanimous decision in their welterweight unification showdown—which reportedly generated $600 million in total—making it the most lucrative fight ever.

Mayweather, 44, has remained retired since stopping Conor McGregor in the 10th round in 2017 and stressed he has no plans of coming back.

The former pound-for-pound king, however, has been doing exhibition fights instead.

He is scheduled for an exhibition bout against YouTuber Logan Paul on June 6 in Miami.
In December 2018, Mayweather reportedly earned $9 million in a three-round exhibition against Japanese kickboxer Tenshin Nasukawa in Saitama, Japan. A fight that lasted only one round with Mayweather decking the overmatched Nasukawa thrice.

Mayweather: I beat Pacquiao in his prime and I’m older

Hopkins would rather have Pacquiao’s legacy than Mayweather’s