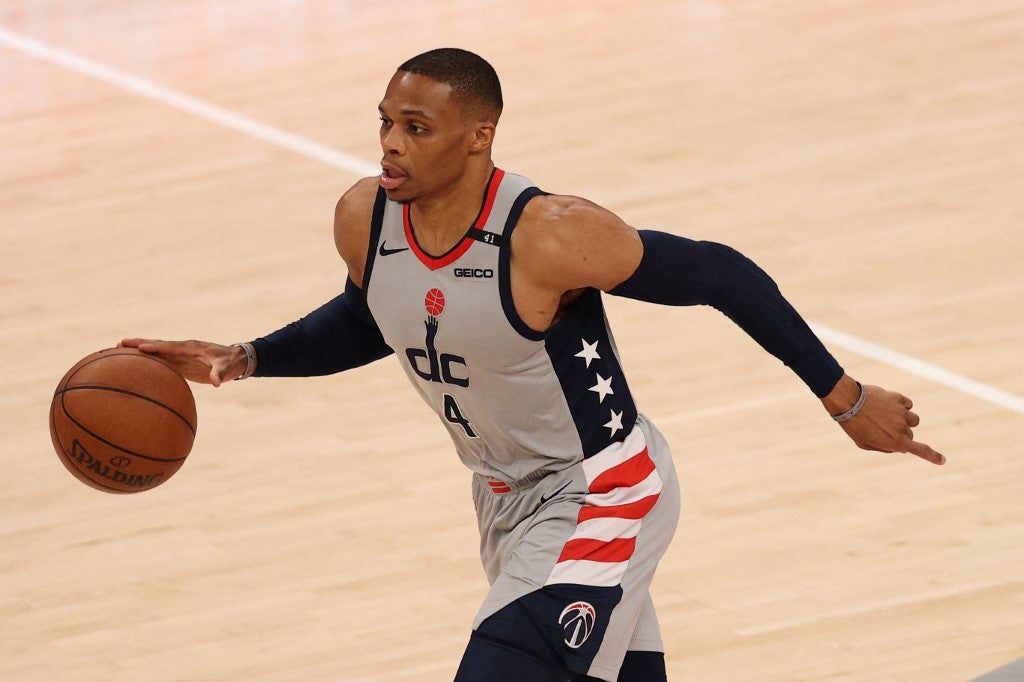 Russell Westbrook had 13 points, 17 assists and 17 rebounds to record his 180th career triple-double and the visiting Washington Wizards defeated the Toronto Raptors 131-129 in overtime Thursday night in Tampa, Florida.

Westbrook, who fouled out with 15.5 seconds remaining in overtime, needs one more triple-double to tie Oscar Robertson’s NBA record.

Gary Trent Jr. made both free throws from Westbrook’s foul to cut Washington’s lead to two. Robin Lopez made two free throws to increase the lead to four.

Pascal Siakam cut the lead to one with a layup and free throw with 8.6 seconds left. He tied his career best with 44 points.

2 TRIPLE-DOUBLES FROM THE RECORD!

🔥 @russwest44 (13 PTS, 17 REB, 17 AST) tallies his 180th career triple-double in the @WashWizards win.. his next one ties Oscar Robertson for the most ever. pic.twitter.com/BbP6YMPKze

Raul Neto made two free throws with 7.3 seconds remaining that gave him a career-best 25 points.

Fred VanVleet, whose 3-pointer forced overtime, made two free throws with 5.7 seconds to go. After Garrison Mathews made one free throw, Siakam missed a 29-foot shot to end the game.

Toronto led by as many as 13 points in the third quarter, but that margin was reduced to four entering the fourth period.

Lopez hit two foul shots and Washington led by three with 15.1 seconds left in the fourth. Siakam’s dunk cut the lead to one and Beal’s free throws made the lead three again.

VanVleet tied the game at 115 with a 3-pointer with two seconds left, forcing overtime.

Washington took a four-point lead in overtime on a layup by Lopez. Siakam made one of two free throws to cut the deficit to two with 59.9 seconds remaining.

Beal made a layup with 45.5 seconds left to increase the lead to four. Lopez made two free throws.

Rui Hachimura (non-COVID illness) did not play for Washington.