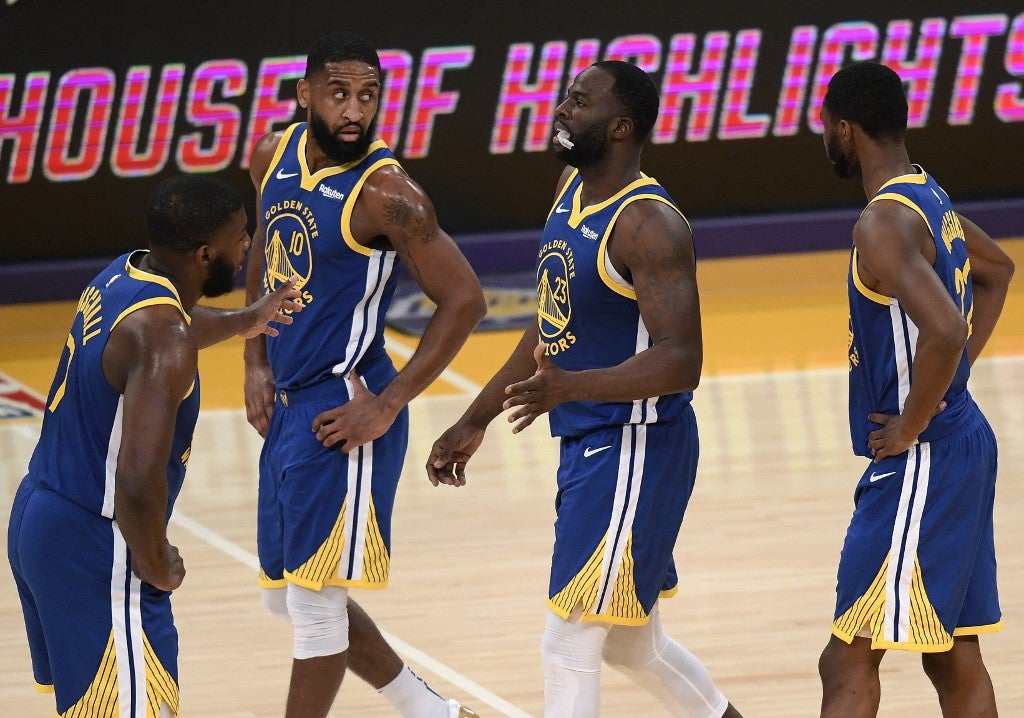 Wiggins exploded for a game-high 38 points as the Warriors (37-33) completed a two-night sweep of the top two teams in the Western Conference to remain a half-game ahead of Memphis in their duel for the eighth position in the West’s play-in tournament.

Devin Booker went for a team-high 34 points for the Suns (48-21), who fell two games behind idle Utah atop the West with just three to play.

Playing the second night of a back-to-back following a 119-116 home win over Utah, the Warriors trailed by as many as 16 points before gradually reeling in the Suns, who lost for the third time in their last four outings.

But Wiggins began the late Golden State barrage of 3-pointers with one to tie the game at 110. After Paul buried a 3 for the Suns, Toscano-Anderson countered with another to produce the game’s last tie with 2:14 to go.

Paul misfired on a jumper, after which Poole completed the Warriors‘ trifecta with a 30-footer with 1:43 to go, giving Golden State the lead for good.

🔥 WIGGINS COULD NOT MISS 🔥@22wiggins drops 38 points on 17-24 shooting in the @warriors 4th consecutive victory! pic.twitter.com/e2J7BaAAgX

Stephen Curry, bottled up for most of the game, completed a 21-point performance with a game-clinching 10-footer with 45.8 seconds remaining. That iced Golden State’s fourth straight win on a regular-season-ending, six-game homestand.

Wiggins’ 38-point night came up two points short of his season-best. He shot 17-for-24 from the field, helping make up for Curry’s uncharacteristic 7-for-22 night.

Golden State was able to win despite shooting just 11-for-40 on 3-pointers. Curry went just 1-for-11.

Poole finished with 20 points, Kent Bazemore 17 and Toscano-Anderson seven for the Warriors, while Draymond Green contributed a triple-double: 11 points and game-highs of 10 rebounds and 11 assists.

Paul totaled 24 points and Jae Crowder 20 for the Suns, who lost despite shooting 51.9 percent and outscoring Golden State 48-33 on 3-pointers.

Paul completed a double-double with a team-high 10 assists.