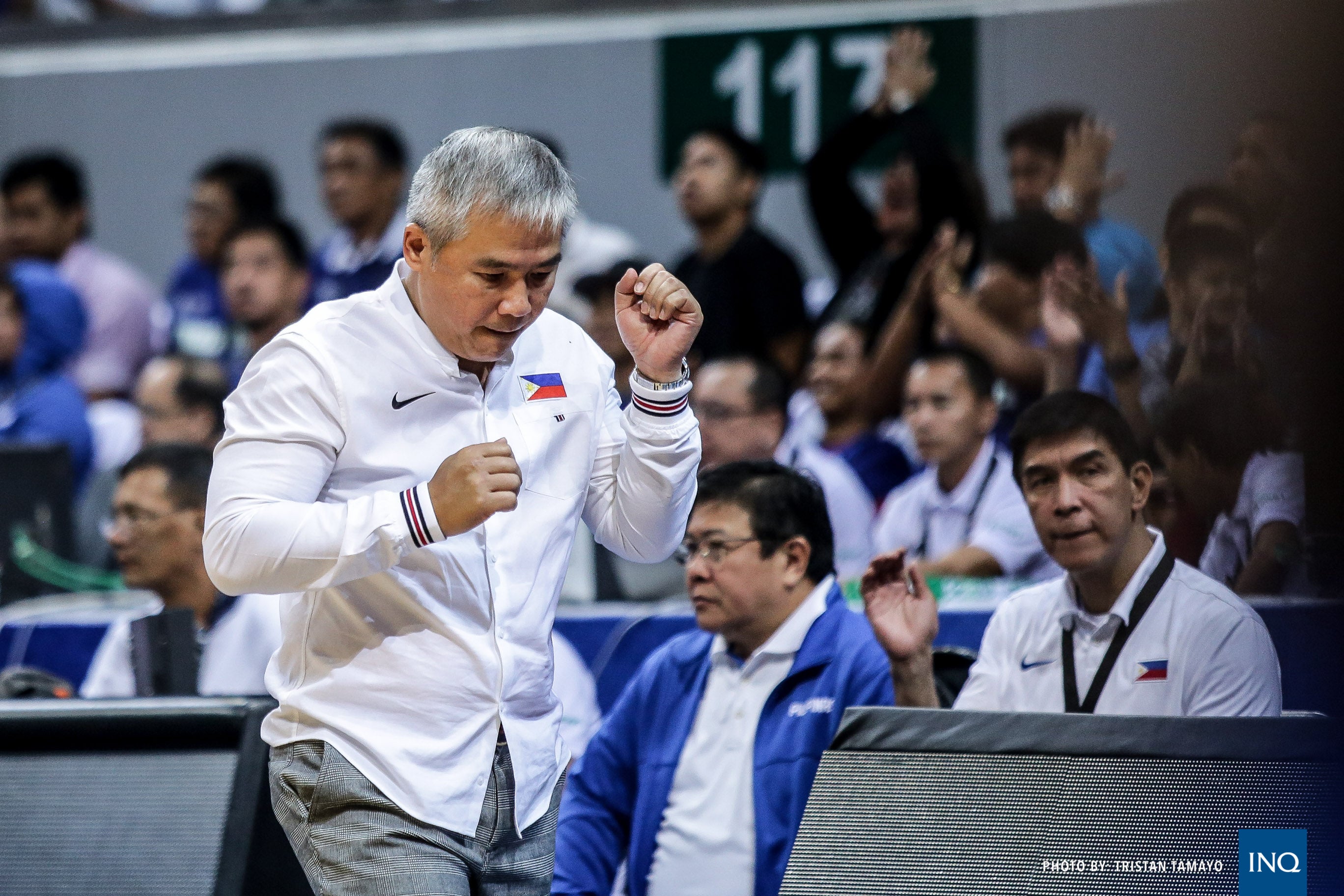 FILE – Chot Reyes and the Tropang Giga will be hard at work up north. —TRISTAN TAMAYO/INQUIRER. net

With heightened general community quarantine restrictions still enforced within the National Capital Region (NCR) and four nearby provinces, TNT has traveled to Ilocos Norte province to start preparations for the Philippine Basketball Association’s (PBA) 46th Season, and coach Chot Reyes said that it won’t, in any way, be any form of a vacation for his Tropang Giga.

“You know me, and you know how I conduct training camps,” Reyes told the Inquirer late Tuesday as they headed to Laoag for a training camp that will last until the end of the month. “Because of everything that has happened of late that prevented us from getting together, this is really our first step {in preparing for the season].

“We’re back to square one, basically,” Reyes added. “We will be ready to play if it’s a June 15 opening, but it would be better if it would be around the 25th.”

Matthew Manotoc, the former national golfer and player-agent who is now Ilocos Norte governor, has extended the invitation to the PBA teams for training there, with Meralco the first to accept. The Bolts started training last week and were scheduled to stay in Laoag for 10 days.

The team quarantined before boarding the bus that took them up north even as most of the other squads opted to go to Batangas City after the PBA was forbidden to hold full contact training with NCR-plus under heightened restrictions. Based on an arrangement negotiated by PBA commissioner Willie Marcial, three gyms in Batangas City will be made available for the PBA squads.

For several seasons ever since San Miguel Beer reigned as Philippine Cup king and didn’t look ready to relinquish the throne, TNT had been penciled as the squad likely to put an end to that dynasty.

In the end, however, it was Barangay Ginebra that ended it, aided by the absence of six-time Most Valuable Player June Mar Fajardo, who missed the whole of last season because of a leg injury. TNT did manage to reach the Finals, but lost in six games to the Kings in a bubble at Clark Freeport.

Management deemed it best to bring Reyes back and give him the reins to restore the franchise’s glory years.

Things didn’t start out well in Reyes’ return to TNT after Bobby Ray Parks opted to sit it out and will likely never play for the Tropang Giga again, giving the former Gilas Pilipinas head coach one less good material to work with as TNT hopes to spearhead a field of challengers to Ginebra’s reign.