‘Small and funky’ waves a concern for surfing’s Olympics debut 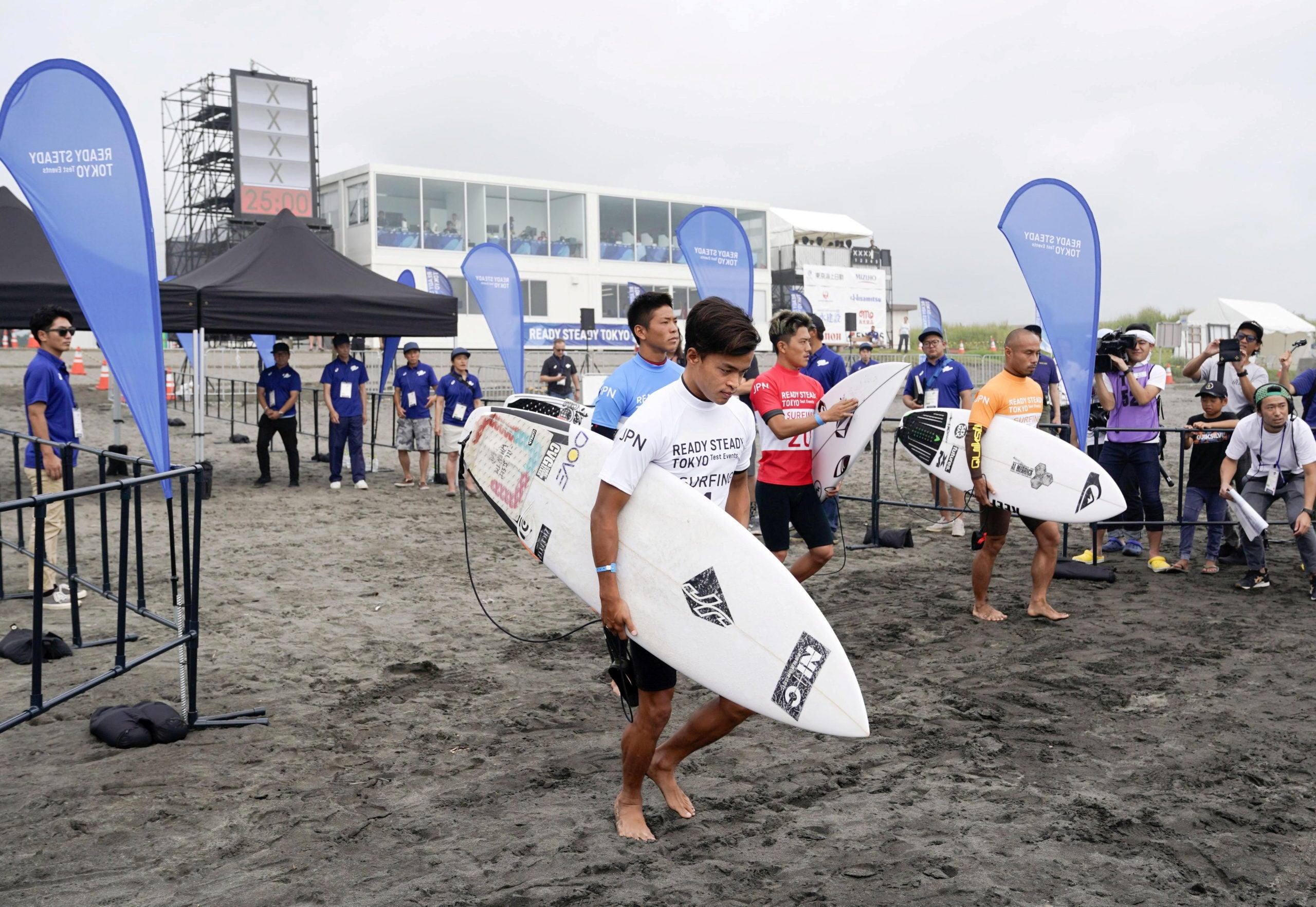 SYDNEY—Surfing’s long-awaited Olympics debut in Japan will showcase its talented athletes and enviable beach lifestyle to an audience of millions, many of whom will be watching the sport for the first time.

But typical summer waves at the venue of Tsurigasaki Beach – small, short and lacking in power – have left some competitors and fans wondering about the spectacle and whether using artificial wave pool technology might have been a better bet for the Tokyo Games.

Waves pools, using a variety of mechanical systems to create almost identical and perfect surf on demand, have sprung up around the world in recent years. They now feature on surfing’s professional tour and have introduced the sport to regions far from the coast.

Seven-time world champion Stephanie Gilmore said she liked the idea of a wave pool for the Olympics, where competition will only come around every four years and not everyone will get an equal chance to ride the best waves in their heats.

“So, a wave pool made sense that we get the same opportunity as each other and it comes down to your performance on the wave and that’s it,” the Australian told Reuters.

Fernando Aguerre, president of governing body the International Surfing Association, said back in 2015 when surfing was invited to apply for the Tokyo Olympics, it was told by organizers the competition must be held in the ocean.

“That was okay with us, because at that time, most of the technologies that exist today didn’t exist, so it was in the Stone Age for artificial wave surfing,” he told Reuters.

Aguerre said researching years of waves and winds suggested Tsurigasaki Beach, also known as Shidashita Beach, would have at least some days of decent surf during the eight-day competition window available during the Olympics. FILE PHOTO: Surfer Kelly Slater of the U.S rides a wave during the third round of competition in the Billabong Pro surfing tournament on the legendary reef break in Teahupoo, Tahiti, May 14, 2008. REUTERS/Joseba Etxaburu

Surfers competing at the Games say they are used to dealing with a range of conditions and are polishing their small wave skills.

“The whole world is going to be watching us, it’s pretty big for the sport and I’m just happy to be part of this,” Brazil’s twice world champion Gabriel Medina, a medal favorite, told Reuters.

“It’s going to be a tricky one because the waves in Japan, it’s kinda hard — it’s small and funky — so it will be a tricky one. But if you want to be the best, you gotta do everything in any conditions.”

Australian Sally Fitzgibbons said the Olympics will be all about technical surfing in small waves, including big turns and aerials.

“I’ve been working really hard on it, and I really pride myself with my small wave surfing. That’s where my origins lie, so hopefully I can bring out what I’ve been training for, bring out the big maneuvers.”

Despite her initial thoughts about holding the Olympic competition in a wave pool, Gilmore said nothing beats the magic of the ocean.

“I know Japan has beautiful beaches and they really want to show surfing in its most authentic form,” the 33-year-old said. “Once I thought about it that way, I like the idea of having surfing in the ocean.”

And for surfers making it to the 2024 Olympics, a very different challenge awaits.

The surfing competition for the Paris Games will be held at Teahupo’o, a beautiful, powerful and terrifyingly shallow reef break on the French island of Tahiti that has hosted some of the most spectacular surf competitions of all time.

“I know in the Olympics we have a lot of amateur surfers coming through and for them to show up at a place like Tahiti and surf Teahupo’o for the first time might be very dangerous,” said Gilmore.

“But I think a lot of the surfers will love it, they’ll really enjoy that experience.”

Read Next
MLB roundup: Yankees’ Corey Kluber tosses 6th no-hitter of season
EDITORS' PICK
Hidilyn Diaz wins weightlifting gold in Tokyo Olympics
Duterte: When I said I will fight drugs in 6 months, I thought it was like in Davao
Harnessing technology for quality education
Another joke? Duterte mulls return of Balangiga bells to keep US away
Tips for a cheerful life
Connect to PH’s fastest network with new Signature Plan Lite at only P599 per month
MOST READ
Duterte acclaims Sotto: ‘He can become a good vice president’
Hidilyn shoots not only for gold but also for permanent place in PH sports history
Duterte’s SONAs: From wishing to resign to saying he’s inutile
Go to war with China over West PH Sea? It will be a ‘massacre’, says Duterte
Don't miss out on the latest news and information.