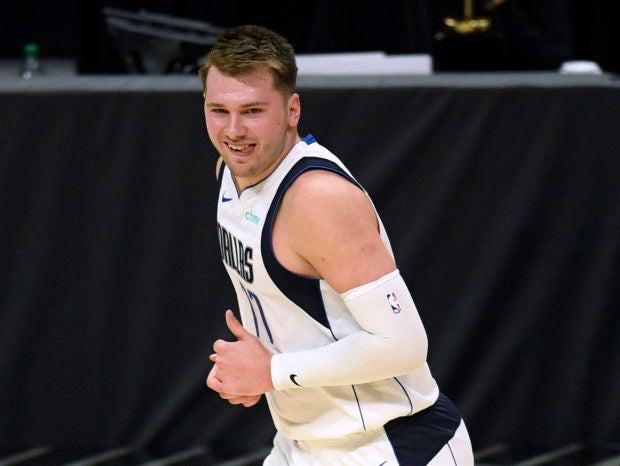 Luka Doncic  of the Dallas Mavericks smiles after his three pointer in the second quarter against the LA Clippers during game one of the Western Conference first round series at Staples Center on May 22, 2021 in Los Angeles, California.  (Getty Images via AFP)

LOS ANGELES – The fifth seeded Dallas Mavericks rallied late in the fourth quarter to down the fourth-seeded Los Angeles Clippers, 113-103 in their NBA Western Conference playoff opener on Saturday at the Staples Center.

Mavs star Luka Doncic scored a 31-point triple double with 10 rebounds and 11 assists as Dallas pulled away to win after trailing by three points with five minutes remaining.

Tim Hardaway Jr. had 21 points while Dorian Finney-Smith added 18 as the Mavs took a 1-0 series lead against the Clippers, who beat Dallas in six games at the same stage of the playoffs last season.

“I forgot how much fun it was to play in the playoffs.”

In other games Saturday, the Brooklyn Nets face the Boston Celtics, while the Denver Nuggets host the Portland Trail Blazers in the late Western Conference game.