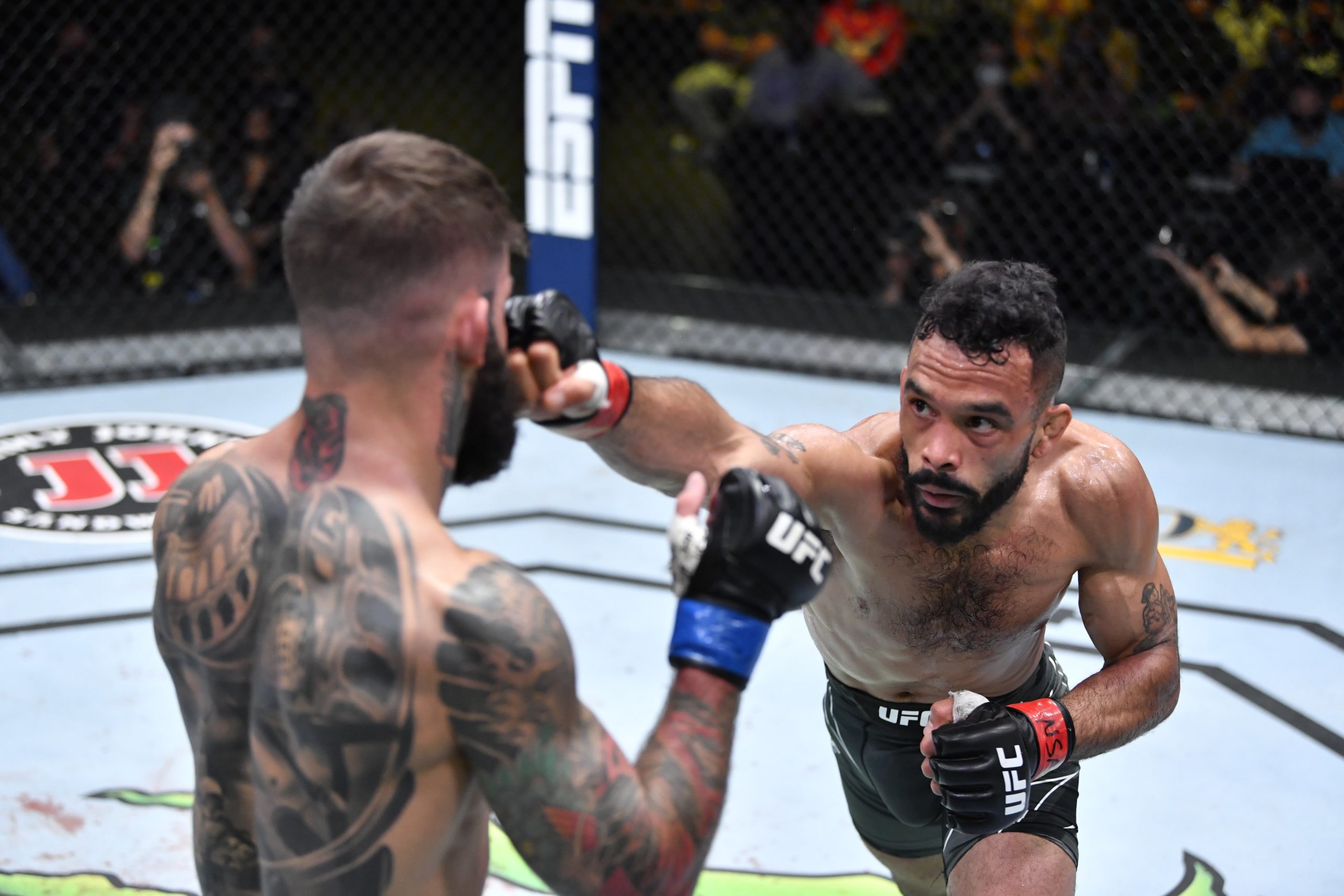 These two left it all in the Octagon tonight.

How are you scoring this scrap so far 🤔 #UFCVegas27 pic.twitter.com/wDJD7sSjhg

“I can’t go hook for hook with him,” Font said afterward. “I was preaching the whole time — stay disciplined. I really believe it’s the best jab in UFC.”

It was the fourth straight win for Font. Garbrandt dropped to 12-4.

Earlier, Carla Esparza stopped Yan Xiaonan by TKO at 2:58 of the second round by punches in a women’s strawweight bout.