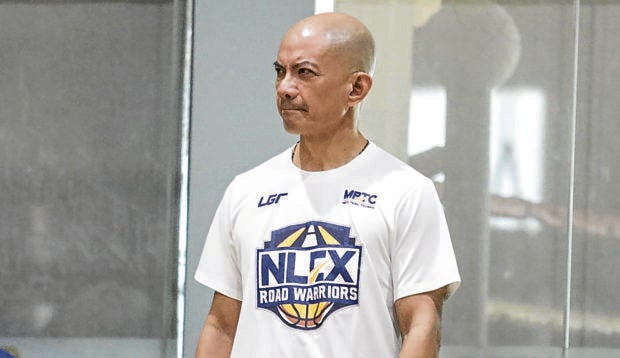 Still reeling over how its PBA campaign ended last season, NLEX has started camp in Pampanga—Road Warriors head coach Yeng Guiao’s home province—hoping to learn lessons that could come in handy if and when the next season starts.

Guiao and his charges began a six-day training camp at St. Paul American School in Clark Freeport, with the goal of achieving three objectives.

“I just worry that we might commit the same mistake of (players) putting on weight and going out of shape again,” Guiao, who also serves as the club’s general manager, told the Inquirer.

“Though they were also coming from a break, they look better. During the bubble (tournament), when they came back, you could really see that they had additional weight,” he added.

Fitness indeed was key in the bubble, with teams looking sluggish early in the tournament, including NLEX, which opened with a 1-5 record.

Guiao and his wards did manage to arrest their slide, winning three straight against the tournament’s leading clubs counting one against defending champion San Miguel Beer.

The turnaround was all thanks to a change in mindset, Guiao told reporters in the bubble. And while that may have not been enough to propel NLEX to the playoffs, the fiery mentor is betting that it is still a concept worth exploring this time out.

“The second [objective] is the acceptance of what our situation is now, and [adopting] the mentality to move forward with a positivity—that we can have a competitive team with what we have now,” he said.

Guiao said he still rues the chance of keeping both No. 3 and No. 4 picks in the draft but is happy with the tools NLEX currently has: first-rounder Calvin Oftana, 20th overall David Murrell, and old hand Don Trollano.

“I really think they can make our team better,” he said.

“Third is we want to be able to shake up our system a bit,” he said. “We’re experimenting with some plays offensively and defensively.”

“I feel that a little bit of a change in our system, subtle tweaks here and there, could help us with the changes in our lineup as we’re trying to design the system to get other players to their advantages, where they could be more comfortable,” Guiao explained.

NLEX is currently the third club to hold camp North of the capital, following the lead of corporate siblings Meralco and TNT who have taken up agent-turned-governor Matthew Manotoc’s invitation to host teams in Laoag City.

The PBA is looking at a June 15 opening. INQ