Djokovic needs to raise his game for French Open bid 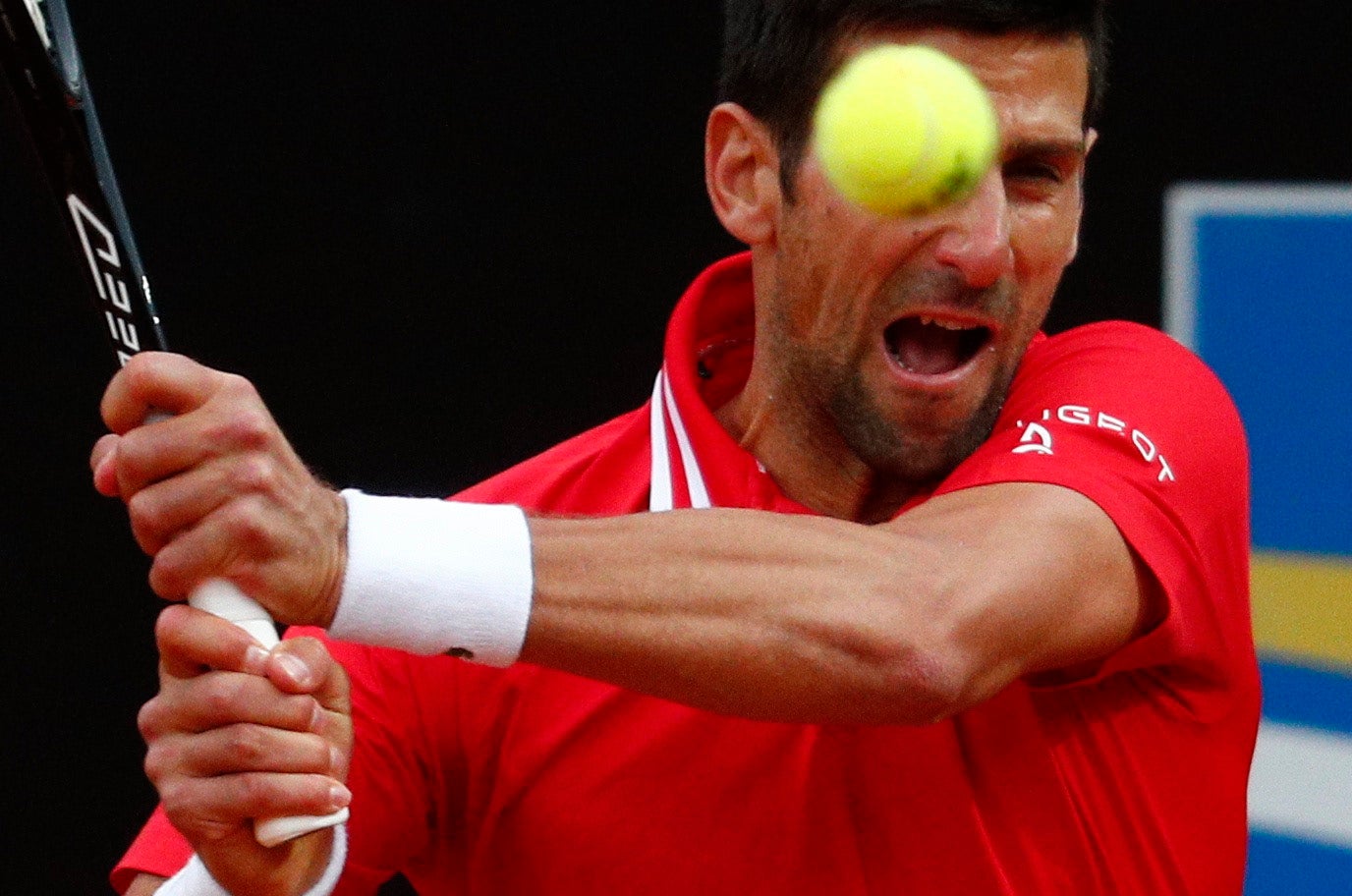 Serbia’s Novak Djokovic in action during his final match against Spain’s Rafael Nadal during Italian open on May 16, 2021. REUTERS/Guglielmo Mangiapane

BELGRADE—World number one Novak Djokovic will head to the French Open after a patchy start to the claycourt season and aware that he must raise his game if he is to have any chance of securing a 19th Grand Slam title.

Having obliterated Daniil Medvedev in the final to clinch the Australian Open in February, Djokovic made a shock last-16 exit at the Monte Carlo Masters against Briton Dan Evans before losing to Russia’s Aslan Karatsev in the Serbia Open semifinals.

During the defeat by Karatsev at his own tennis center in Belgrade, a frustrated Djokovic converted only five of 28 break points as the Russian gained revenge for a straight-sets loss to the Serb in the Australian Open semis.

Djokovic improved to reach the Rome Masters final but went down to perennial rival Rafael Nadal, leaving the Spaniard the hot favorite to clinch a record-extending 14th Roland Garros title.

Heading into this week’s Belgrade Open, Djokovic was satisfied with his progress although he acknowledged he needed to fine-tune his game if he is to have any chance of winning a second French Open title.

“I am happy with my performances in Rome, especially with my fitness levels as I am confident that I had enough in the tank to play best-of-five (set) matches,” Djokovic told an online news conference before entering the Belgrade Open.

“It was always my priority to hit top form in Paris. I am working on details in my game which need improvement in time for the French Open as I want to shine in the city of lights.

“Clay is a demanding surface but I hope I can go all the way at Roland Garros. I’ve been doing sets of specific exercises aimed at bolstering my speed and making me more dynamic.” 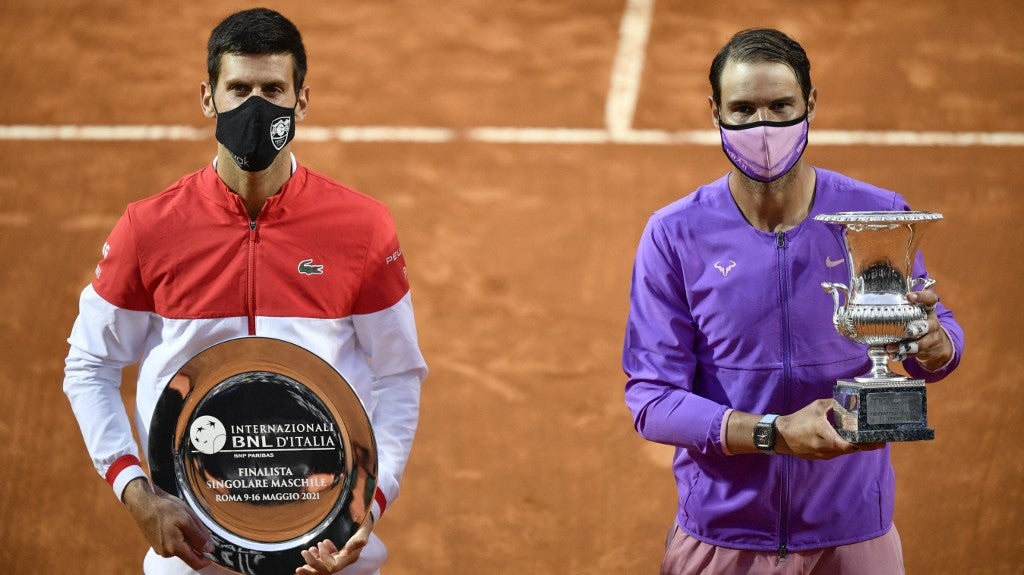 Serbia’s Novak Djokovic (L), holding the finalist’s trophy and Spain’s Rafael Nadal, holding the winner’s trophy, pose after the final of the Men’s Italian Tennis Open at Foro Italico on May 16, 2021 in Rome, Italy. (Photo by Filippo MONTEFORTE / AFP)

Apart from Nadal, who will become the all-time men’s leader with 21 major titles if he retains his French Open crown, Djokovic will also be wary of several other rivals looking to make an impact.

Alexander Zverev will be brimming with confidence after winning the Madrid Masters, having beaten Nadal in the quarterfinals before capping off the week with victories over Dominic Thiem and Matteo Berrettini.

Zverev then lost to Nadal in the Rome quarterfinals but both the Spaniard and Djokovic know that the 24-year-old German can do damage on his best day.

Italy’s Berrettini will have high hopes of being a dark horse after he followed up his triumph at the Serbia Open with a runner-up finish in Madrid, while world number four Thiem could also be formidable opposition if he hits top gear.