Don’t count Paquiao out; ‘‍Filipinos at 40 years old are like 20’ | Inquirer Sports

Don’t count Paquiao out; ‘‍Filipinos at 40 years old are like 20’ 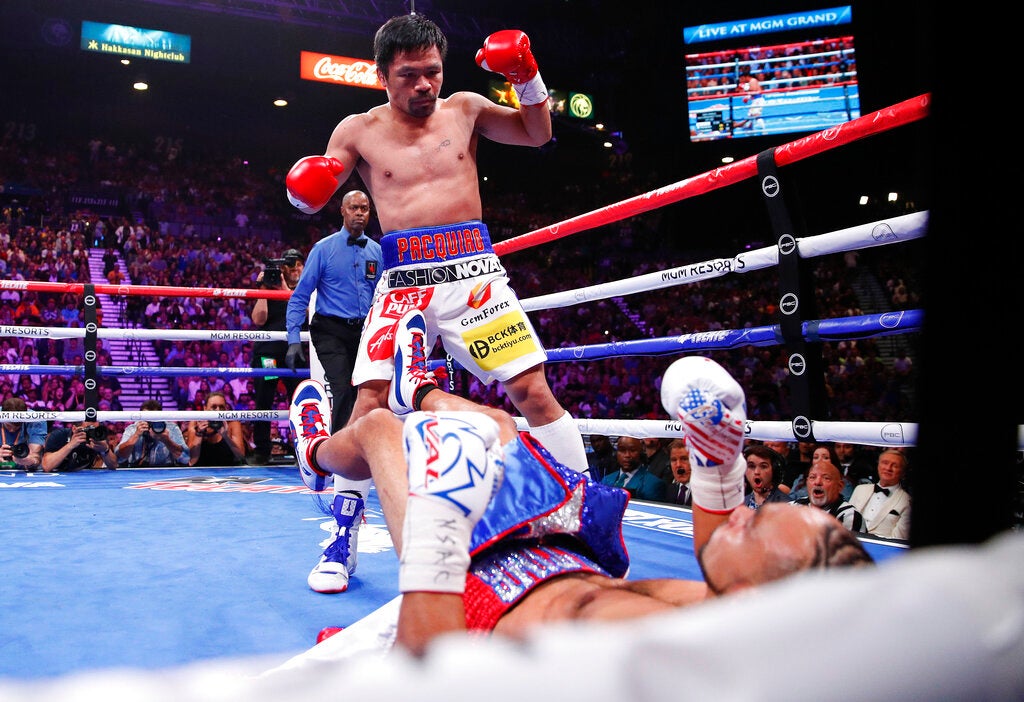 Manny Pacquiao has been tagged the underdog in his upcoming bout against Errol Spence Jr. in August.

Don’t tell that to undisputed lightweight world champion Teofimo Lopez, who is in awe of the Filipino ring icon. Or former world champion Robert Guerrero, who thinks it would be foolish to count Pacquiao out in the bout scheduled in Las Vegas.

“That just shows the amount of a true champion he really is,” said Lopez in an interview with ES News.

“Manny Pacquiao was already a legend 10 fights ago, man. Manny, you’re not human, but that’s all to God’s blessings.”

Guerrero, on the other hand, said Spence’s advantage in size and reach will be negated by Pacquiao’s rare mix of speed and power. Guerrero isn’t also the least concerned about the eight-division champ’s age.

“He’s still got those fast hands and the last thing to go is your punching power,” said Guerrero. “Filipinos at 40 years old are like 20, man.”