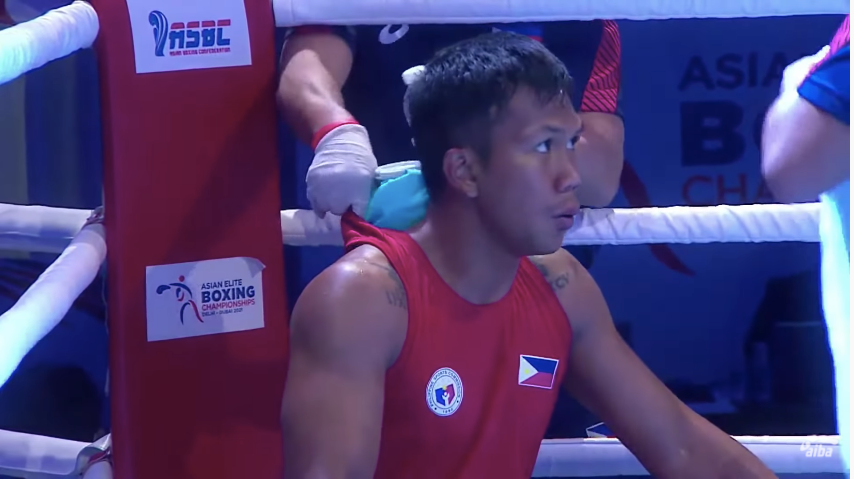 Eumir Felix Marcial took to his Facebook page to extend his apologies for his shocking semifinal loss at the Asian Boxing Confederation Asian Elite Championships, a major yardstick of his preparedness for the Tokyo Olympics.

Seeded No. 1 in the Dubai tournament, Marcial offered no excuse about the 5-0 beating he took from the hands of a faster Saidjamshid Jafarov of Uzbekistan.

“It may not be the result or outcome we expected, but I still want to thank everyone who showed [support],” Marcial said in his post.

But for Alliance of Boxing Associations of the Philippines (Abap) president Ricky Vargas, the outcome was a “wake-up” call for all national boxers, if not for Marcial specifically.

“We are, of course, saddened by the loss of Eumir Marcial, but that’s boxing,” said Vargas in his statement. “Adjustments have to be made and there is some time left.”

Abap had arranged for Marcial to go to Colorado Springs in a training camp for Olympic qualifiers from several other countries including the United States.

The federation said it is working out a way for other Tokyo-bound boxers Nesthy Petecio, Irish Magno and Carlo Paalam—now in another training camp in Thailand—to join Marcial in the United States.

“That said, I think this should be a wake-up call for all concerned, not just to Marcial,” said Vargas.

Marcial trained in Los Angeles for several months under the watch of no less than Freddie Roach as MP Promotion’s pro debutant. But all Friday night, he failed to showcase his learnings against a bouncing, fast-moving Jafarov.

The Uzbek obviously studied the moves of his high-profile opponent, choosing to keep distance from the powerful Filipino southpaw who was simply a tad too slow in their middleweight encounter.