Donaire makes history, back as world champ with KO win over Oubaali 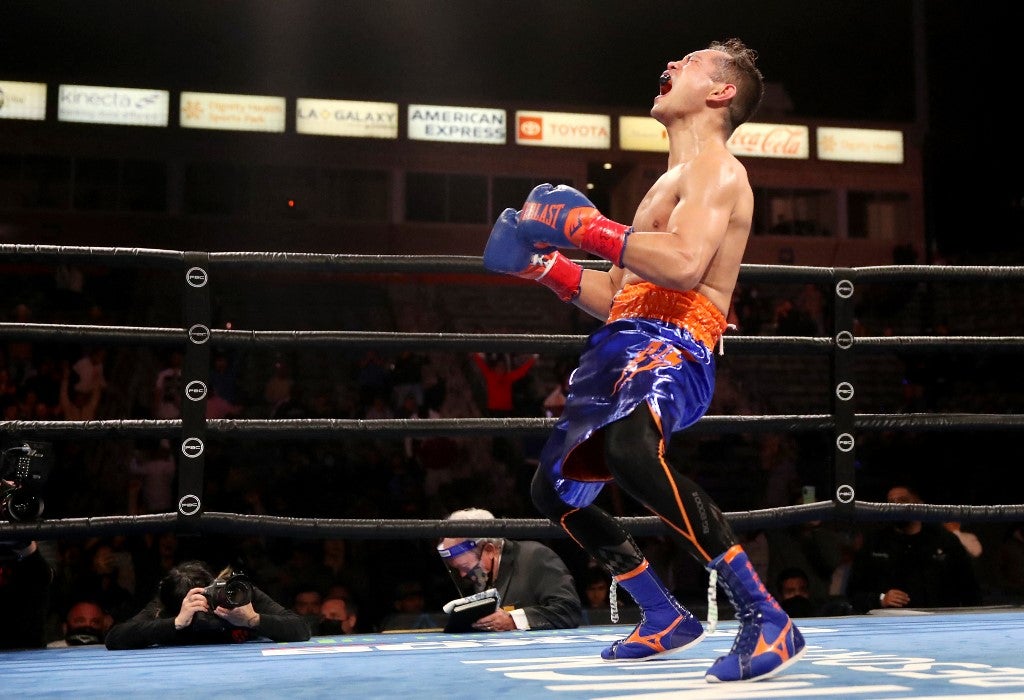 The 38-year-old Donaire became the oldest bantamweight champion in boxing history and dealt the French-Moroccan his first loss.

“Father time is on my side,” said Donaire in a story on Agence France-Presse. “I believe the human body is an incredible machine if we take care of it. Mentally you are only as strong as your mind can be.

“Being at this age is not the question. It is my ability to grow. It is not what age you are, but how strong you are mentally,” he added. “I am back. The whole time I was not fighting I was learning. I am ready for the next one.”

Donaire decked Oubaali thrice—with the last knockdown coming in the fourth round—prompting the referee to stop the fight as “The Filipino Flash” dominated from start to finish.

The first two knockdowns happened in the third round with Donaire unloading vicious left hooks that had Oubaali tasting the canvas.

“I know what his pattern was,” said Donaire. “I knew exactly what he was going to do. I was able to counter properly with the left hook.”