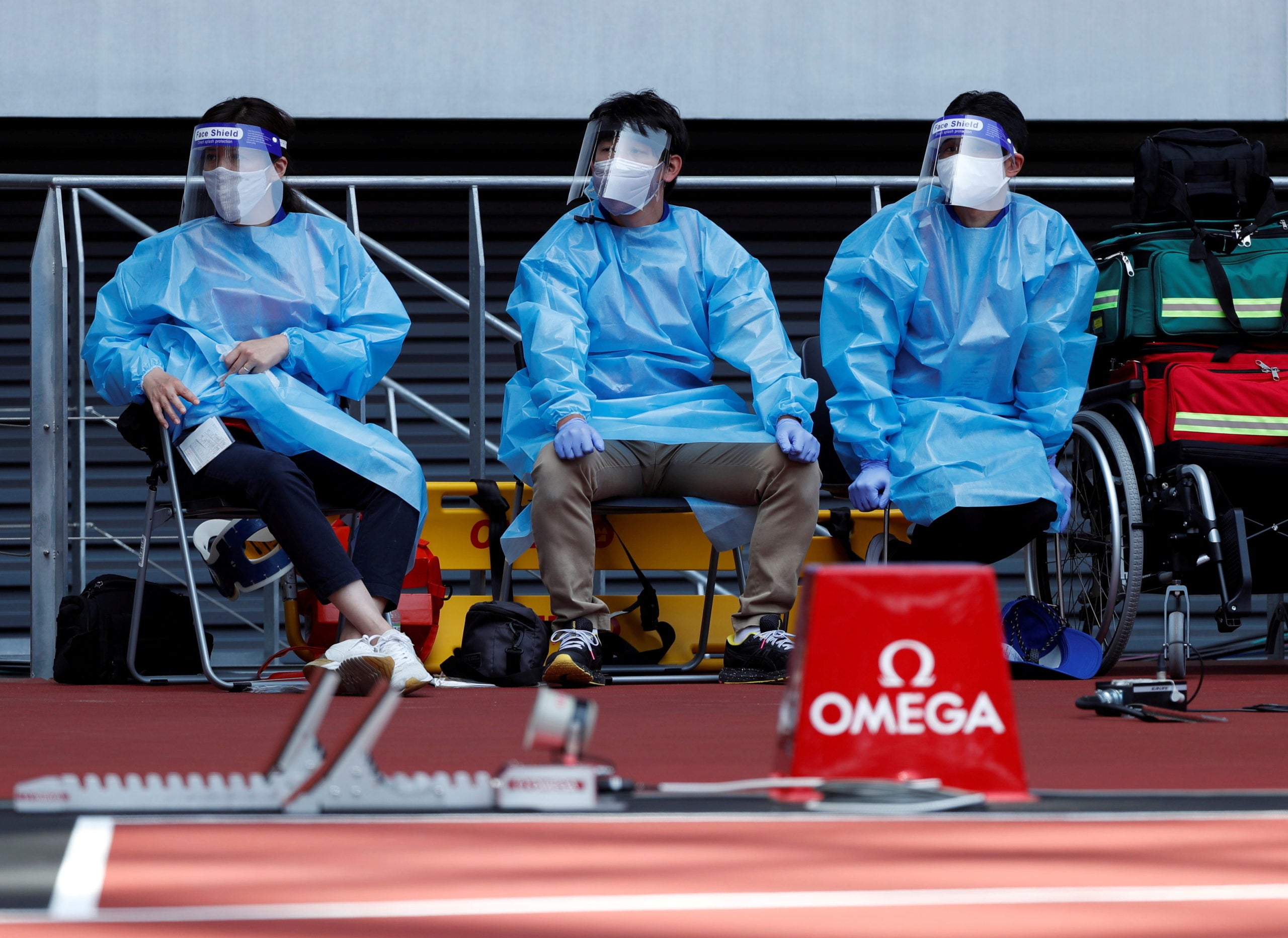 Tokyo Olympics fans may have to be vaccinated or test negative for the coronavirus before being allowed into venues, a Japanese newspaper report said Monday.

Organizers are set to decide in June how many spectators — if any — will be allowed to attend the pandemic-postponed Games.

Overseas fans are already barred, and the report warned domestic spectators may be denied entrance or kicked out for breaking the rules.

“The plan is to stop the spread of infections during Games time with strict countermeasures,” the paper said.

Under the plan, spectators must be able to show a vaccination certificate or a negative test taken at their own expense less than a week before entering the venue.

They must wear masks and fill in health-check sheets, and once inside must not cheer loudly or high-five each other.

Security guards would be stationed around venues monitoring behaviour, the report said, with public viewing venues canceled or scaled down.

Japan’s vaccine rollout has been moving slowly, with less than 2.5 percent of the population fully vaccinated so far.

Tokyo and other parts of the country are under a virus state of emergency which was extended on Friday until June 20, just over a month before the opening ceremony on July 23.

The Yomiuri also published a new poll on Monday that shows 49 percent of people living in Tokyo want the Games to go ahead, while 48 percent want them cancelled.

A new country-wide poll by the Nikkei newspaper found that 62 percent of respondents wanted the Games to be canceled or postponed again, while 34 percent were in favor of them being held this summer.

Organizers have repeatedly ruled out the Games being postponed again.

India, South Asian teams to be vaccinated before Tokyo Olympics—IOC