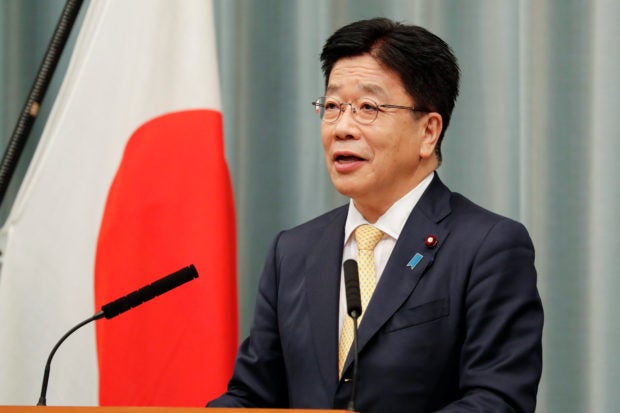 The Korean Sport and Olympic Committee (KSOC) sent a letter late Tuesday asking the IOC to “actively mediate” the dispute, which has sparked outrage and protests in South Korea less than two months out from the start of the Games.

The small islands, called Dokdo in South Korea and Takeshima in Japan, have been at the center of a decades-long territorial dispute between the two countries.

“Dokdo is South Korean territory and political neutrality must be guaranteed at the Games,” Kim Bo-young, public relations director of KSOC, told Reuters.

“Japan’s behavior can be seen as a political action, so we have sent the letter as we believe such action runs counter to the Olympic spirit.”

“Takeshima is a territory inherent to Japan in view of historical facts and international laws. We cannot accept South Korean’s protest at all,” Chief Cabinet Secretary Katsunobu Kato told reporters on Wednesday.

Some South Korean officials have pointed out that Seoul removed the disputed islands from a flag featured at the 2018 Winter Olympics in South Korea after Japan complained.

South Korea said on Tuesday it had summoned Japan’s deputy ambassador to “strongly protest” the map, which sparked uproar in South Korea and prompted some politicians there to call for a boycott of the Games.

Three South Korean students were arrested on Tuesday after burning Japan’s “Rising Sun” flag in a protest outside the Japanese embassy in Seoul, while live-streaming the act on YouTube.

The three were detained on charges of violating assembly and demonstration laws, according to media reports.

About a dozen other members of the student group protested against the arrests outside the police station on Tuesday.

“South Korean land is being taken away,” shouted one protester with a loudspeaker, according to video posted by the group on social media.

The diplomatic spat is the latest headache for organizers of the Tokyo Games, which is due to take place from July 23 to Aug. 8 after being delayed last year due to the COVID-190 pandemic.

Opinion polls show most people in Japan want the global sporting showpiece to be cancelled or postponed again as the country battles a fourth wave of COVID-19 infections.