Lakers’ Anthony Davis will be game-time decision for Game 6 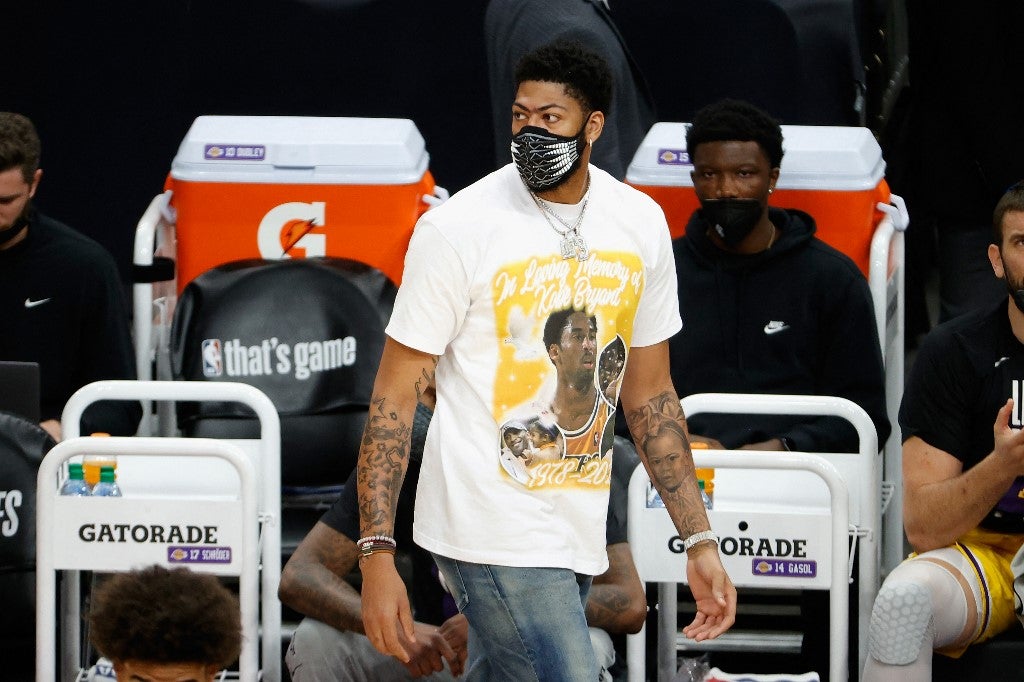 Anthony Davis #3 of the Los Angeles Lakers watches from the bench during the first half in Game Five of the Western Conference first-round playoff series at Phoenix Suns Arena on June 01, 2021 in Phoenix, Arizona. Christian Petersen/Getty Images/AFP

Los Angeles Lakers star Anthony Davis is a game-time decision for Thursday’s Game 6 against the Phoenix Suns, one that is entirely up to the team’s medical staff.

Davis missed Tuesday’s Game 5 with a strained groin after suffering the injury and leaving after the first half in Game 4.

“Hopefully all the rehab and treatment that I’m doing pays off and the doctors clear me to go,” Davis told reporters. “That’s what we want. So, getting more treatment tonight, (Thursday) and kind of talk to the doctors before the game — before and after I shoot — and hopefully everything comes back good where they clear me. That’s what we’re hoping for.”

The Lakers trail the Suns 3-2 and are hoping to avoid becoming the seventh defending champion in NBA history to get eliminated in the first round of the playoffs. The Lakers were routed by Phoenix in Game 5, 115-85.

Davis said the groin injury was caused by hyperextending his left knee in Game 3.

“The groin happened because of the tightness in the knee from the hyperextension,” he said. “I was feeling the knee kind of the whole game. Even the first couple plays, was feeling it. And just went up to try to lay the ball up, and as soon as I went up, I just felt it from my knee just shoot up into my groin. That was kind of the end of it.”