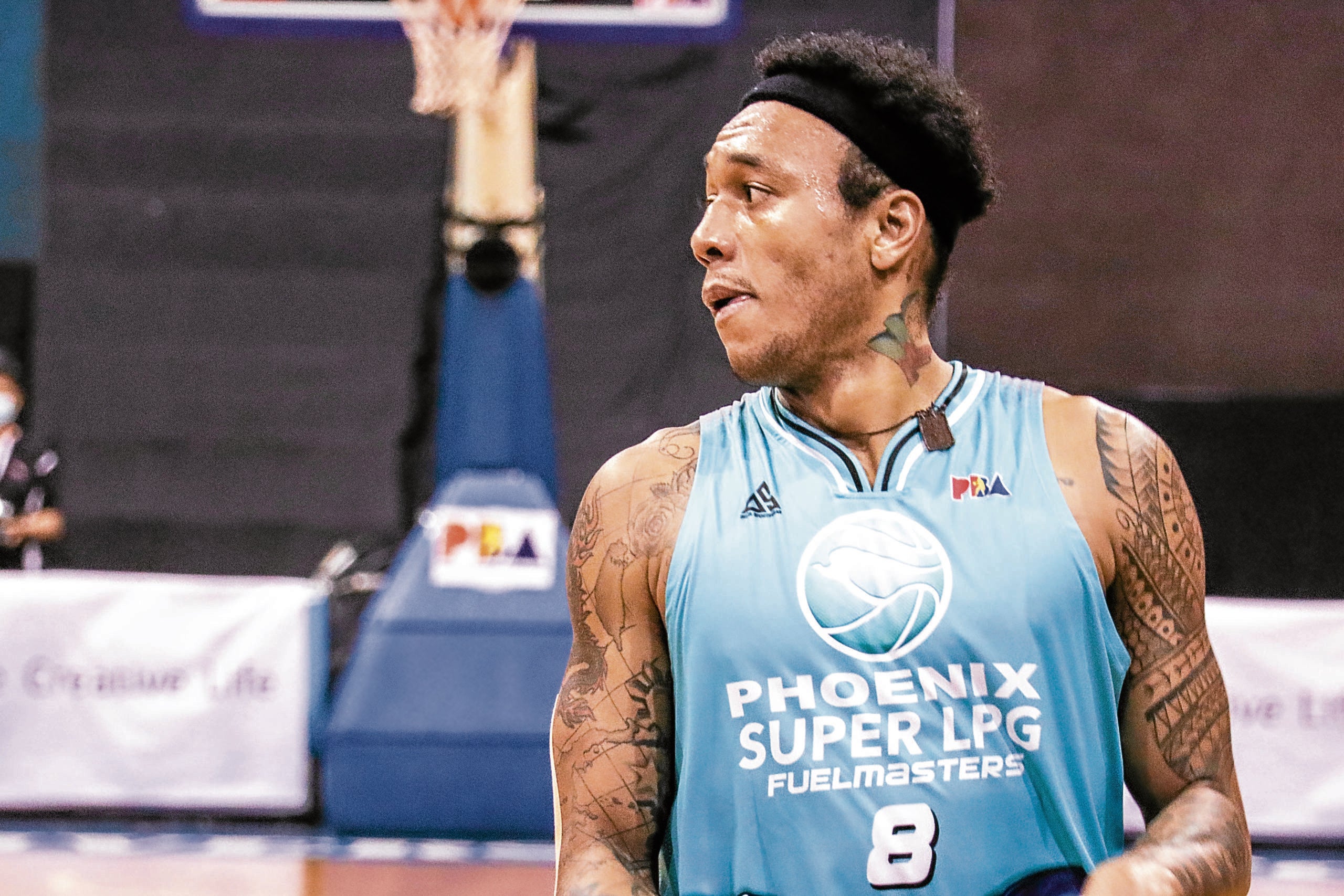 Victolero said that Abueva’s versatility has been his biggest trait with the 6-foot-2 forward capable of inserting himself in whatever scheme the Hotshots have put him into.

“He’s adjusting quickly not only because he’s a veteran but that he can play multiple positions,” said Victolero in Filipino. “He’s always been a versatile player since he was a rookie and that trait stayed with him now that we got him.”

Abueva, who ended his nearly two-year-long suspension last season, was traded to the Hotshots from Phoenix in exchange for point guard Chris Banchero in what was seen as a surprising transaction in February.

Banchero was integral in Victolero’s three-point guard lineups as he averaged 10.8 points, 2.9 rebounds, and 3.5 assists.

Abueva, meanwhile, looked in top form when he put up 15.4 points, 11.3 rebounds, 5.2 assists, and 1.7 steals for the Fuel Masters with his marks for rebounding and assists coming in second and third in the league, respectively.

“He’s adjusting quickly to our offense, and he’s always had good basketball instincts,” said Victolero. “Still there would be adjustments to his teammates and it’s our scrimmages that would help him do that.”

Magnolia has been training in Batangas City for the past several weeks and it’s in these daily practices that Victolero saw how much Abueva missed playing with college teammate and fellow Pampanga native Ian Sangalang.

The two were part of the famed Pinatubo Trio of San Sebastian along with Ronald Pascual in the early 2010s with Abueva and Sangalang winning MVP honors in 2011 and 2012, respectively.

“When they see each other they’re always joking around in Kapampangan but when they’re matched up in scrimmages they would compete with each other hard,” said Victolero.

It’s not only Sangalang who already has experience playing with Abueva, though.

Jio Jalalon, Paul Lee, and Mark Barroca were teammates with Abueva before in the Gilas program making Victolero’s job of building team chemistry that much easier.

“Jio has played with Calvin before, also Mark and Paul. All of them were teammates in Gilas,” said Victolero. Basketball is like friendship, you just need to make eye contact and you’ll know what to do.”

“Our goal right now is to be the number one team in terms of chemistry.”

Victolero expects Abueva to fit in well with Magnolia system