Djokovic gears up for big battle with historic rival Nadal 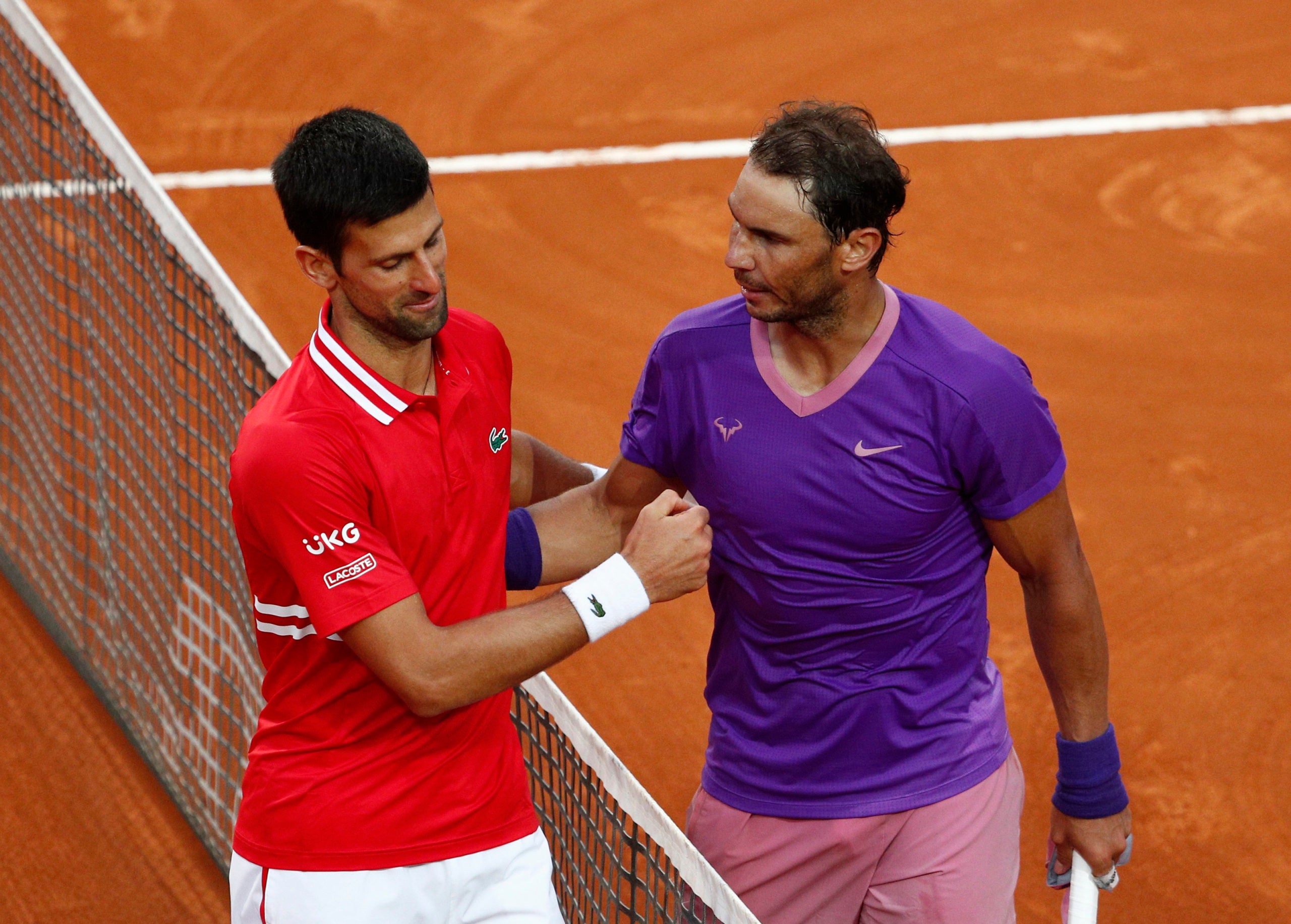 The pair have faced off 57 times with Djokovic leading 29-28. But Nadal has been his nemesis at Roland Garros winning seven of their eight clashes there including last year’s final which turned into a demolition job.

Unusually they are meeting in a semifinal rather than a final, courtesy of Spaniard Nadal having dropped down to world number three and being placed in the same half of the draw as top seed Djokovic.

Should Djokovic manage to get the better of Nadal on Friday he will be favorite to take only his second French Open title having won it in 2016 when Nadal abandoned the tournament because of a wrist injury.

Since then Nadal has been unbeatable, extending his record title haul to a jaw-dropping 13.

“Obviously it’s a well-anticipated semifinal,” Djokovic, who has 18 Grand Slam titles, two behind the men’s record shared by Nadal and Roger Federer, told reporters after beating heavy-hitting Italian Matteo Berrettini 6-3 6-2 6-7(5) 7-5 in an intense duel on Wednesday.

“It’s not like any other match. Let’s face it, it’s the biggest challenge that you can have playing on clay against Nadal on this court. It doesn’t get bigger than that.

“There’s that extra tension and expectations. The vibes are different walking on the court with him. But that’s why our rivalry has been historic I think for this sport.

“I’m confident. I believe I can win, otherwise I wouldn’t be here. Let’s have a great battle.”

Wednesday’s clash with Berrettini was played in front of a raucous 5,000 crowd, until the 11 p.m. curfew kicked in midway through the fourth set and the fans departed.

Friday’s match will no doubt be played in a similar atmosphere as the two warriors go head to head yet again.

“I thought the atmosphere was Davis Cup like, to be honest,” Djokovic said of the first night-session crowd permitted during the tournament, courtesy of a relaxation of Paris’s previous 9 p.m. COVID-19 curfew.

“It was a lot of fans involved, every single point cheering, screaming. Just electric atmosphere out there.”

Djokovic will be appearing in his 11th Roland Garros semifinal when he faces Nadal, whose only defeats on the Parisian clay came against Djokovic in 2015 and Robin Soderling in 2009.

Nadal claimed his 105th match win at the French Open when he beat Diego Schwartzman on Wednesday although he did drop a set for the first time since the 2019 final.

Looking ahead to Djokovic he said: “It’s always a big challenge. That’s something that is good because we are living the sport for these moments. The negative thing, it’s difficult because you play against one of the best players in history.”