Clippers’ Serge Ibaka has back surgery, out for playoffs 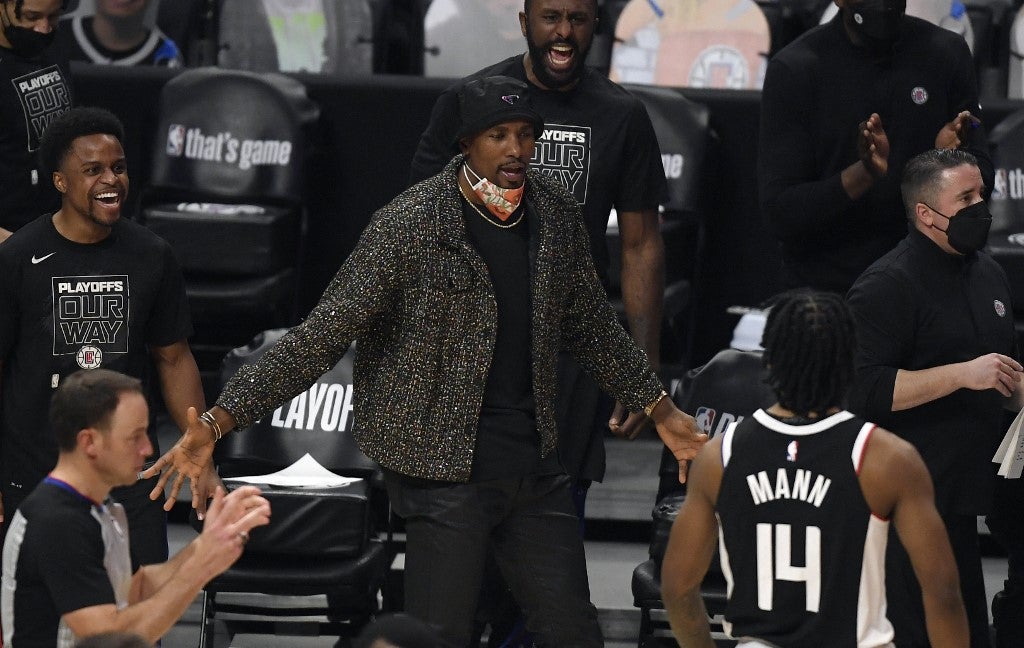 FILE — Serge Ibaka congratulates Terance Mann after his scored a basket against Dallas Mavericks during the first half of Game Seven of the Western Conference first round series at Staples Center on June 6, 2021 in Los Angeles, California.  Kevork Djansezian/Getty Images/AFP

Los Angeles Clippers forward/center Serge Ibaka underwent back surgery on Thursday and will miss the rest of the NBA playoffs.

The team announced Friday that Ibaka, 31, is expected to make a full recovery. He hasn’t played since May 25 in Game 2 of the Clippers’ first-round playoff series against the Dallas Mavericks.

The Clippers are down two games to none to the Utah Jazz in the Western Conference semifinals, which continue Saturday with Game 3 in Los Angeles.